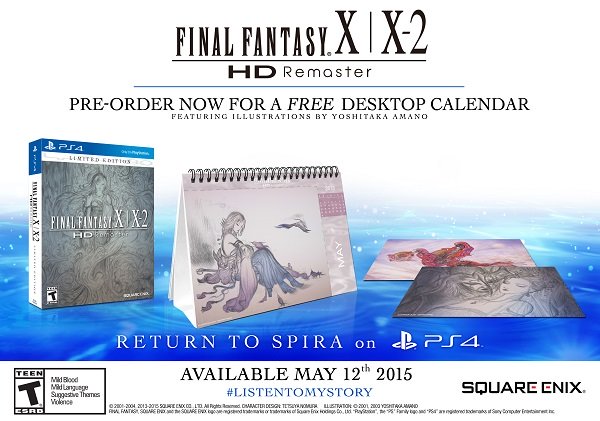 Two of the most beloved Final Fantasy titles will be returning soon with today’s announcement by Square Enix that it will be releasing FINAL FANTASY X/X-2 HD Remaster for the Playstation 4 computer entertainment system on May 12, 2015.

This new North American version will include system-exclusive features and a special pre-order bonus item: an exclusive calendar featuring artwork by the acclaimed artist, Yoshitaka Amano, available at participating retailers and the Square Enix Online Store.

FINAL FANTASY X tells the story of Tidus, a star blitzball player who journeys with a young and beautiful summoner named Yuna on her quest to save the world of Spira from an endless cycle of destruction wrought by the colossal menace known as “Sin”.

FINAL FANTASY X-2 returns to the world of Spira where High Summoner Yuna travels with her companions Rikku and Paine to unravel the mysteries of the messages hidden in the spheres she hunts, not knowing that the answers she seeks may change everything. 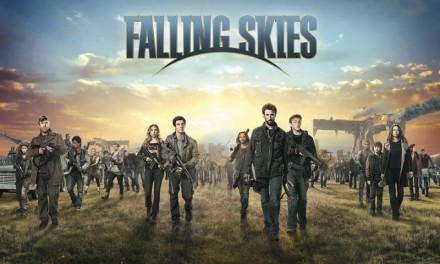