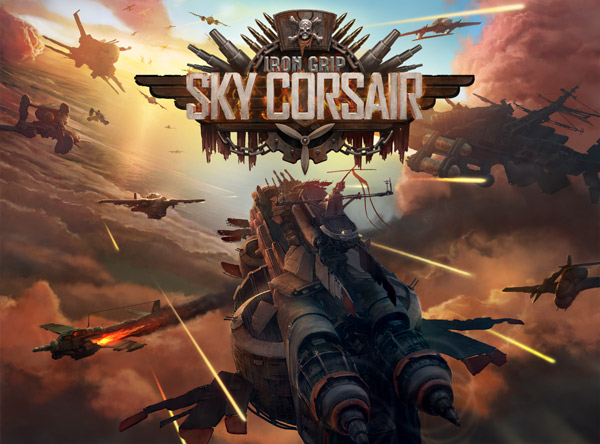 ISOTX, the developer behind the award-winning Iron Grip Series, have just announced that Iron Grip: Sky Corsair, an action packed game of airship combat promising to deliver ultra-detailed visuals, will be released on the iPad later this year.

Iron Grip: Sky Corsair takes place in an era where the countries of the world formed into six factions following WW1, and now battle for control of the globe. In the game you play as corsair Richard Valdez, hired by the North American Republic to raid European Alliance zeppelin shipping. The potential rewards are great as the Republic will pay well, but the Alliance will not stand idly by as their fighter aircrafts and enormous airborne battleships are destroyed. In the game you will be able to customize your airship to fit your personal strategy, with guns, armor, self-repair, and complete six unique taking place in locations across northern Europe from Portsmouth and the White Cliffs of Dover to the industrial ports of Kiel.

Iron Grip: Sky Corsair will initially be released for the iPad and Mac, with versions for other platforms coming later.