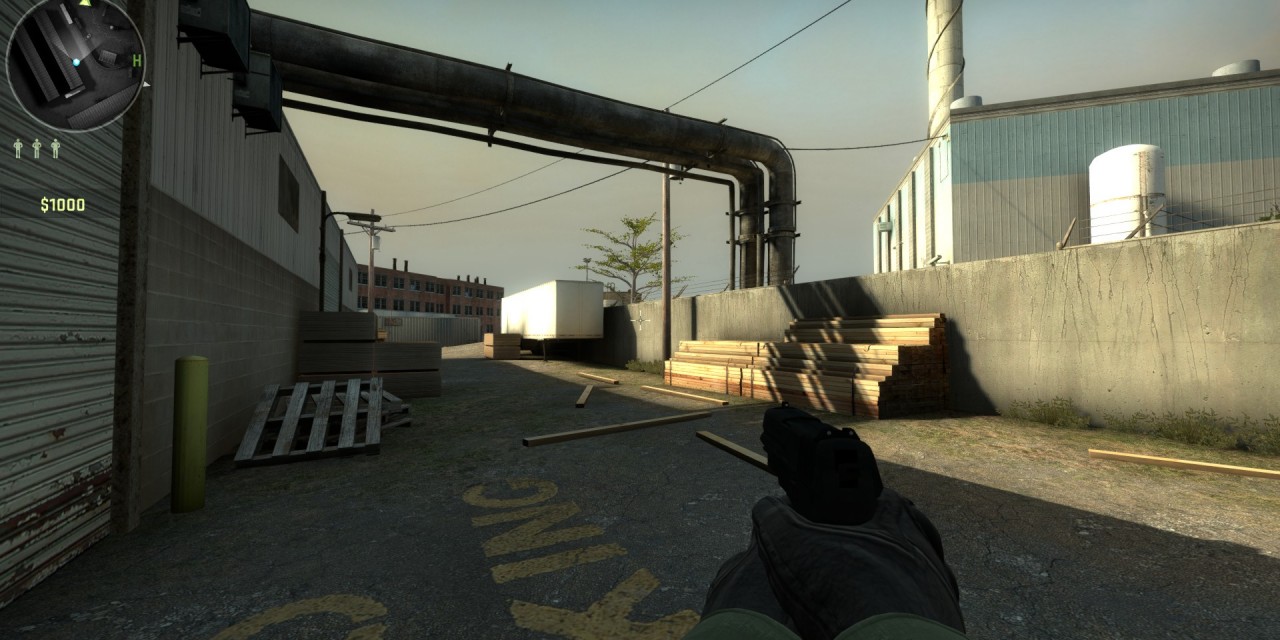 Our very own Jeroen aka Xanthi has recreated the map cs_compound for Counter-Strike: Global Offensive.

Counter-Terrorists: Inside this remote industrial compound, terrorists hold three captives: scientists with critical information on America’s secret weapons program. They must not be harmed!

Terrorists: Your cell of liberation fighters are interrogating three top scientists abducted from America’s secret weapons program, when word comes that your location has been compromised. Special Forces are at the gates!

The GC edition features extended routes to improve balancing of the overall map with a brand new tunnel system that might come in handy when lots of players join the map. You can download the map from our Downloads page.