“We wanted to intensify the hellish experience for players and the Medieval pack certainly does that,” Reinhard Pollice, Production and Business Development Manager at Nordic Games. “The PC fans cannot get enough of the pain and are always asking us for more, so we wanted to give them exactly what they want.” 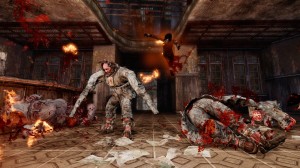