CS GO gets some updates 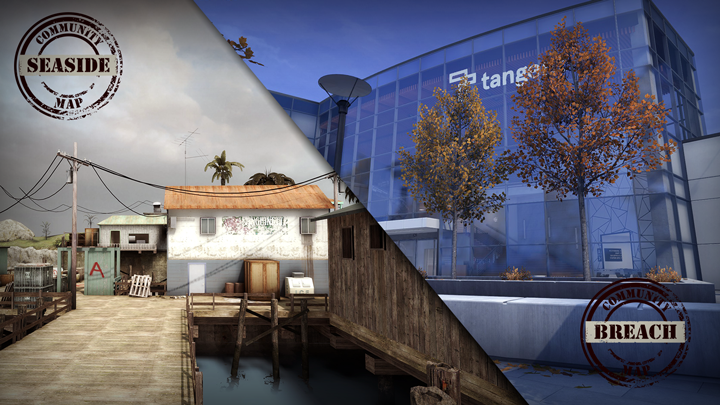 Today’s update for Counter-Strike GO is all about maps, with significant changes to Vertigo, and an update to the map pool!

There are two maps added to the pool: Breach, a defusal map set in a spacious corporate building, and Seaside, an old community favorite. They’ll be replacing Workout, which has been removed from official matchmaking.

Ready to try out these new maps? In addition to Deathmatch and Casual game modes, Breach and Seaside (as well as Ruby) are now available as Scrimmage maps on the Competitive tab. When you play a Scrimmage map all of the competitive rules are the same, but there are no restrictions on players in your party, and your Skill Group will not be adjusted or displayed after your match.

[GAMEPLAY]
– Added Breach and Seaside to Defusal Group Sigma.
– Removed Workout from official matchmaking.
– Added “Scrimmage Maps” to official competitive matchmaking. Scrimmage maps include: Ruby, Breach, Seaside.
— When playing Scrimmage Maps in official competitive matchmaking: there are no restrictions on players in your party, your Skill Groups will not be adjusted after the match, your Competitive Wins counter will not be incremented upon winning the match. Abandoning the match after you ‘ACCEPT’ will result in a penalty.

[LINUX]
– Game server logs on Linux are now using a separate thread to write the data to filesystem which improves performance of the game server main thread.

[MISC]
– Fixed a regression which prevented cycling grenades with TAG grenade.
– Fixed a rare crash related to bump mines and breach charges.
– Mute spinner on in-game players can now be dragged all the way down to zero.

Vertigo:
– New approach to B site
– Removed “rafters” around B site entrance
– Offset HVAC units on B site, numbered them
– Added a way to throw utility into B site without being exposed
– Removed one-way drop down elevator shaft
– Added ladder-room near elevator shaft, connects up to mid chokepoint, allows utility towards A
– Moved bridge over elevator shaft
– Moved T spawns further back
– Widened utility hole in T corridor to mid
– Made jump up on scaffolding at back of A easier
– Widened door at back of A
– Various minor bug fixes