Independent publisher Wadjet Eye Games has announced that Gemini Rue, an award-winning game inspired by the point-and-click classics of Sierra, LucasArts, and Revolution is now available on the App Store. The game combines “old school” adventure gameplay with gritty, low-res graphics and a gripping neo-noir narrative and is set in a bleak future dominated by the corrupt Boryokudan crime syndicate.

Alternating between ex-assassin Azriel Odin and hospital inmate Delta-Six, players must uncover the secrets both protagonists are guarding and uncover their unlikely bond. The iOS version has been extensively optimized and overhauled for touch screen play with larger in-game icons and text, comfortable “point and tap” controls, a hotspot finder to minimize pixel hunting, and a redesigned combat system. In addition, the game is fully voiced by professional actors and includes optional developer commentary. 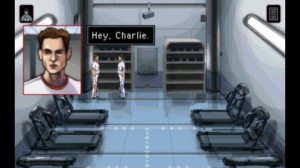 “Gemini Rue has been one of our favorite games since Josh first pitched it to us, and we have made every effort to make the most perfect iOS version possible,” says Wadjet Eye’s Janet Gilbert, who oversaw the game’s 8-month development. “We’ve done a huge amount of work and beta testing to make sure it plays well on a touch screen. We hope people enjoy Gemini Rue on iPhone and iPad as much as PC gamers have, and look forward to bringing more of our back catalog to the App Store in the future.”

A Universal App, Gemini Rue runs on iPhone 3GS and above, iPod touch 3G and above, and all iPad models including iPad Mini. The game is currently on sale on the App Store for $3.99 (regularly $4.99): https://itunes.apple.com/app/gemini-rue/id614678683. 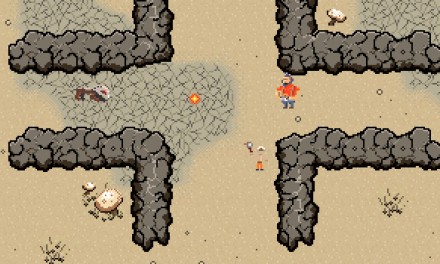