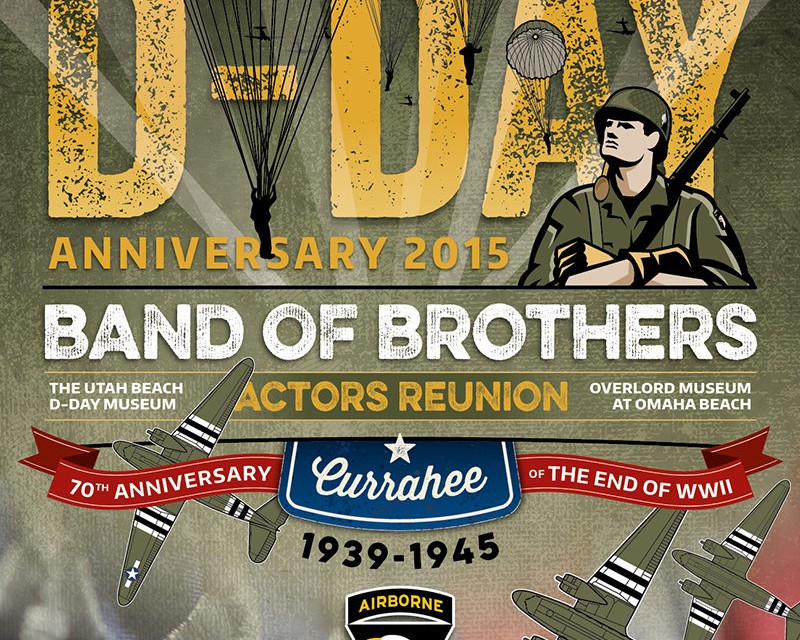 Wargaming is proud to announce that it is the official sponsor of the 2015 Band of Brothers Actors Reunion, June 5–7. The non-profit World War II Foundation has announced that Wargaming will be the official title sponsor for the Band of Brothers Actors Reunion. The series of events, taking place in Normandy, France, in June 2015, are in recognition of the 70th anniversary of the end of World War II and will benefit the non-profit educational mission of the World War II Foundation.

On June 5, 6 and 7, the actors that starred in HBO’s Band of Brothers will tour the Overlord Omaha Beach Museum, the Utah Beach Museum, and the Richard D. Winters Leadership Monument in Sainte-Marie-du-Mont, Normandy, France. Also joining Wargaming in their sponsorship efforts will be War History Online, one of the world’s leading provider of online military information for the 20th century. For Wargaming, preserving history and sponsoring significant events is nothing new. Other global projects have ranged from the sponsoring of the USS Iowa in America to the Wargaming Education Center at the Tank Museum, Bovington, UK. With gaming titles that span both World Wars, it’s important that the company does its part in preserving exhibits of historical significance across the globe.

By combining World of Tanks’ love of history, the World War II Foundation’s mission to preserve the era’s stories, and Band of Brother’s star power, we’ll all help to spread awareness of the World War II generation and remember the sacrifices made.

All events are open to the public and provide a fantastic opportunity to learn more about World War II and the global and lasting impact it had from the individual to entire countries.

More information and tickets can be found on this website.