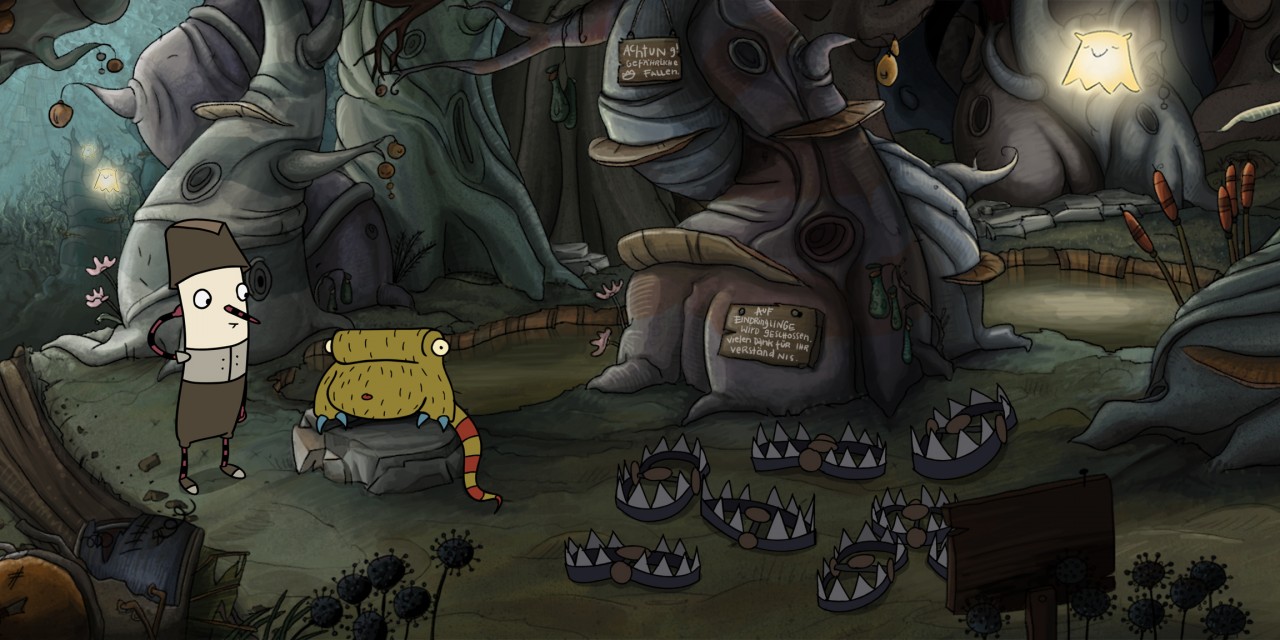 According to the press release “The Inner World was born in the seminar of the study course “Interactive Media” on the renowned Institution for Animation of the filmacademy Baden-Wuerttemberg and the Weingarten college”.

The game takes place in Asposia, a world located in an enormous hollow space. Asposia is surrounded by endless soil, and is provided by fresh air by three big wind fountains. When suddenly one fountain after another runs dry the players find themselves in the role of Robert, a naive and cheerful novice, in the center of unexpected events. With the mysterious thief Laura, best intentions and not the slightest clue Robert will come across quirky and outstandingly animated characters and challenging puzzles in order to solve the secret behind the disappearance of the winds.

The Inner World will be released in the second quarter of 2013 for PC, Mac, iPad and iPhone.