Publisher Merge Games has today revealed that a retail collectors edition of Frozen Synapse, the multi-award-winning indie strategy game developed by Mode7, will be available to PC/Mac gamers on September 7th 2012.

Included in the Collector’s Edition for PC/Mac are – a Sticker, Postcard, the game’s Soundtrack, Extra Steam gifting key and the RED Expansion pack, which adds a number of new features to the game including cooperative gameplay, a new unit called the ‘Riot Shield’, a new game mode called ‘Upload’, a new single campaign called ‘Red’ containing 15 new missions, 10 single player challenge missions, three gameplay mutators and a mode which alters the theme of the game from its typical blue to red, making this Collector’s Edition a must have for Frozen Synapse fans old and new. 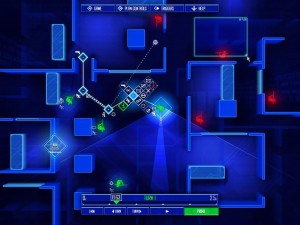 Frozen Synapse is set in dystopian cyberpunk future, in which the player assumes the role of tactical commander assisting a resistance faction. In the game players plan their moves at their leisure and turns are resolved simultaneously on online multiplayer, single player campaign, and skirmish modes.