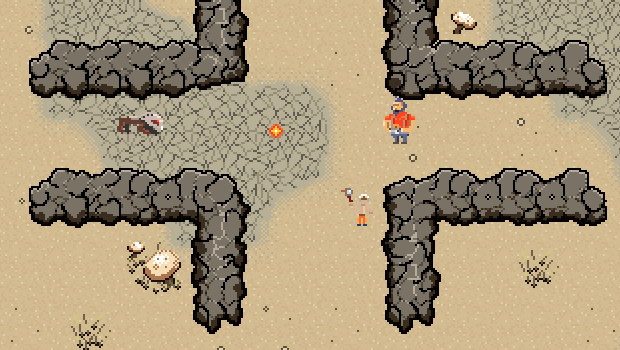 Borderlands 2 may be released on September 21st 2012, but that hasn’t stopped 2K Games and Gearbox Software from releasing a 16-bit original game that showcases the franchise’s key elements in ‘1989 style titled The Border Lands.

“The Border Lands is a 16-bit lo-fi game which offers a tantalizing glimpse into the origins of many elements still present in today’s hit franchise. It may not have 87 bazillion guns, or dynamic online co-op but it does fit on five floppy disks”, writes Gearbox. 2K Games and Gearbox Software have also revealed that they teamed up with the BAFTA-winning creative agency, Ralph, to produce the game.

Those interested can give The Border Lands a try at http://www.wubwub.eu/demake.php.