In addition to the new name, the remake of the classic PS1 platformer has seen major changes to its gameplay, altering the first game’s ‘screen flip’ gameplay to that of a more traditional side-scroller. A quick save system is also being introduced into the game, while puzzles are being reworked to be “friendlier to gamers”. The remake is developed by British team Just Add Water, who also worked on the remake of Stranger’s Wrath. 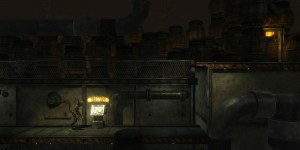 Girls und Panzer Theme for World of Tanks on PS4