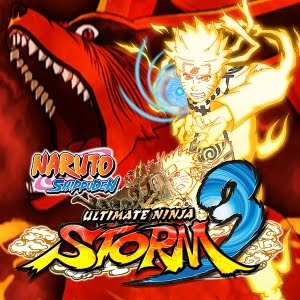 Namco Bandai have today announced that Naruto Shippuden: Ultimate Ninja Storm 3 will be available throughout Europe and Australasia on March 8, 2013 for the PlayStation 3and the Xbox 360.

Based on the hit Naruto Shippuden animated series, Ultimate Ninja Storm 3 will feature the most extensive character roster of any game so far in the series, letting fans engage with a huge number of their favorite personalities from the Naruto Shippuden universe, be they friend or foe. Especially in story mode, players will be thrown into a series of thrilling adventures as they delve into the Fourth Great Ninja War. For the first time in Ultimate Ninja Storm history, players will be able to relive the most exciting series of the Naruto Shippuden anime as it airs in Japan and streams online