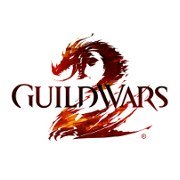 It’s called Flame and Frost: Prelude, and it’s the prologue to a “multi-stage narrative that will bring big changes to Guild Wars 2 in the months to come.”

In the first update of the new year, players will be treated to a number of new features, including:

• New achievement currency for daily/monthly achievements and new items you can buy with the new currency. There will also be rotating daily achievements every day of the week
• Guesting to allow playing with friends on different worlds.
• One Week, Two-Team PvP Tournaments and a new PvP Map permanently added to the rotation
• Several more game improvements and balancing enhancements

More specific information on the update can be found on the Guild Wars 2 website.