Tecmo Koei today announced that Ninja Gaiden 3: Razor’s Edge, the latest chapter in the famed action series, is coming to the PlayStation3 and Xbox 360.

Ninja Gaiden 3 Razor’s Edge is scheduled to launch both at retail and via digital download on the 5th of April 2013. 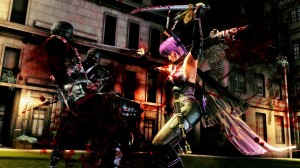