Control your Xbox360 with the iPad 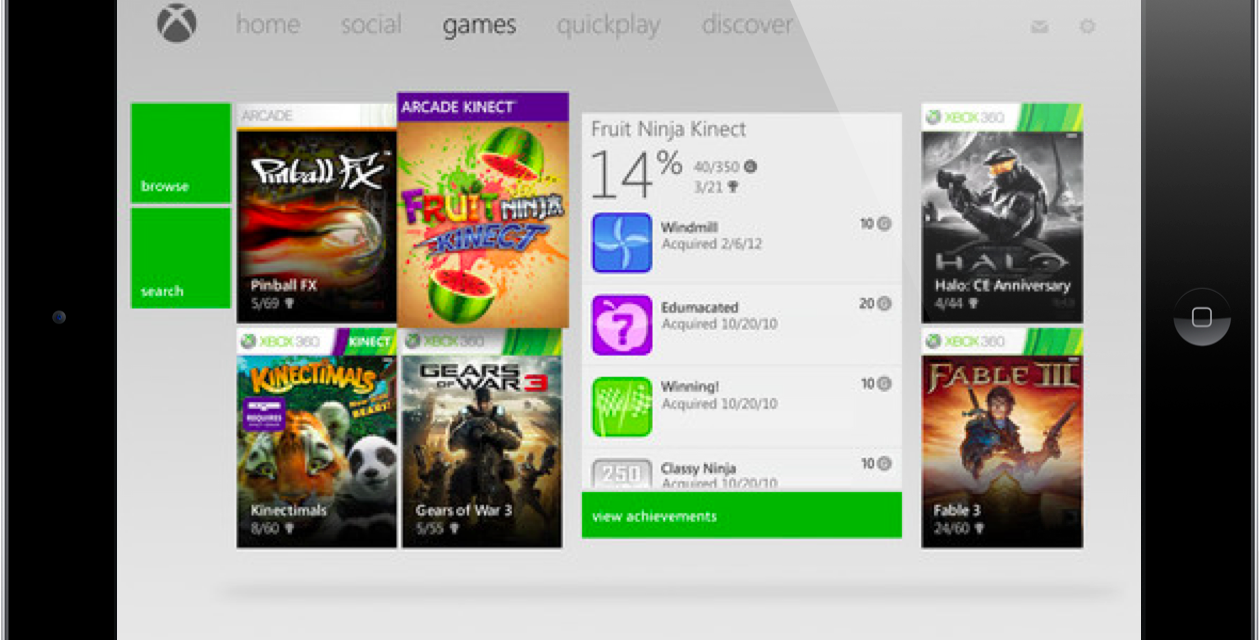 It seems that Microsoft has updated their free My Xbox Live app for iOS devices. The new version allows you to control your Xbox 360 via the iPad. You can browse the dashboard, launch games, play and control videos and check your Achievements. However, before you can actually do this you will need to sync up your iPad to your Xbox 360 first, which you can do by going to the settings menu on your console.

Take your Xbox LIVE experience wherever you go with the My Xbox LIVE app. Track and compare your achievements, connect with your Xbox LIVE friends, and change up your 3D Avatar. Review all your recent great games you and your friends love to play and compare achievements with them. Jump into our games hub to learn about the latest LIVE games and apps. Access Xbox Spotlight feeds, get breaking news from Xbox LIVE, game tips and tricks, gamer spotlight and much more.

This is a video about an update for the My Xbox Live app on iOS for iPad. It connects your iPad to your Xbox 360 using Xbox Companion. This part of the new SmartGlass, Xbox is going to bring this fall with an Xbox Live update.