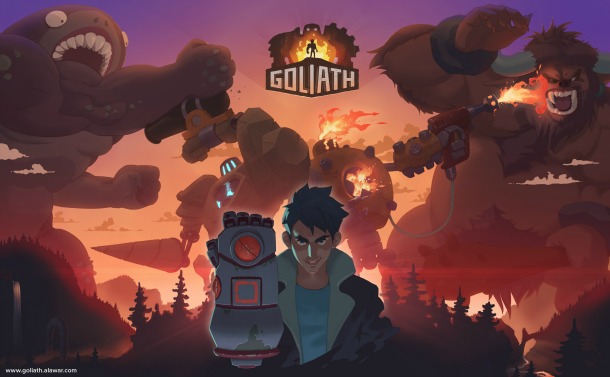 Octopus Tree, a new publisher focused on bringing exceptional indie titles to gamers worldwide, announced today that its award-winning premier action RPG, Goliath, is available now on Steam, for $15.99 (20% discount). Goliath is an open-world, action-adventure game with crafting and role-playing elements set in a universe where players build and customize massive robots to overcome the challenges they face.

Goliath brings players to a world where massive monsters roam freely. To survive, players must scavenge for resources and materials to create powerful giant robots called Goliaths. Goliaths can be customized and outfitted with weapons for various situations and battle preferences. Players can also create items and tools for survival, build a fortress and find new allies, and choose which factions to support in the war that is sweeping across the world.