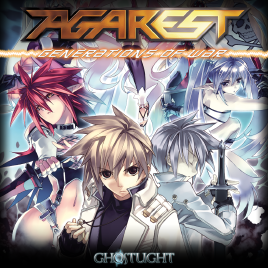 Ghostlight, a European publisher that aims to localize acclaimed Japanese games on the PC, announced its first effort today, the strategy JRPG Agarest: Generations of War which is now available on Steam Greenlight hoping to gather enough votes in order to become part of Valve’s distribution service.

“Should this first release take off, we will be looking to bring more JRPGs to PC,” Ghostlight community manager Ross Brierley stated. “And with the nature of the PC as a platform, we would be looking to give them a worldwide release [wherever] possible.”

Developed by Idea Factory, Record of Agarest War was first released in Japan in 2007. It finally launched in North America on Xbox 360 and PlayStation 3 in 2010. The PC version of Agarest: Generations Of War will be based on the North American Xbox 360 release and will feature Aksys Games’ excellent English text translation but will retain the original Japanese voice overs.

The PC version will also feature both gamepad and keyboard/mouse support along with Steam Achievements and dozens of both free and purchasable downloadable items and additional content.