Ambient Studios, the indie developer whose members have worked on projects like LittleBigPlanet, Fable and Burnout, may not have succeeded in raising enough funds via Kickstarter for their a streamlined strategy game Death Inc, but that doesn’t mean the game is over. The studio today announced that Death Inc. can be pre-purchased now for $10 granting immediate alpha access and all future builds of the game, as well as additional benefits.

“We were overwhelmed by the support we received during our recent Kickstarter campaign,” says Ambient Studios director, Jonny Hopper. “Despite the fact we didn’t reach our initial target, we did raise support of over £122,000 – that’s a tremendous amount of support which has given us the confidence to push on.” Doing it ourselves has also given us the freedom to give more back to the community. Players who pre-purchase the game now will be able to join us on this incredible journey as Death Inc. helping us shape it into the game we know will be enjoyed by the world over.

“The tiered nature of Kickstarter meant it made sense for us to limit alpha access to players who pledged $40 or more; now everyone who supports us will get immediate access to the game through until the final version later this year.”

Death Inc. is a streamlined strategy game where you guide Grim T. Livingstone, a freelance reaper, through 1660′s England spreading fear, pestilence and most importantly, the bubonic plague. The game is about infecting as many peasants, serfs, wenches and even noblemen as you can. And of course, it’s about leading your pestilential horde to defeat the forces of Good, build your business empire and strive to become the greatest reaper the world has ever endured. 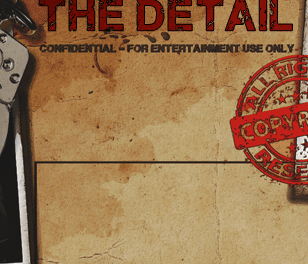