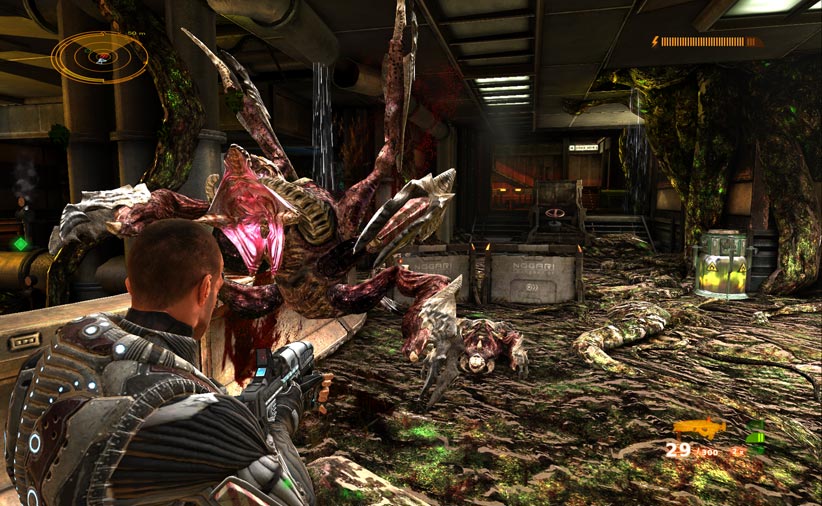 Tragnarion Studios, a game developer based in Palma de Mallorca, Spain, have today released the first trailer for Scourge: Outbreak, a futuristic 3rd-person shooter that will be released on Mac,the PS3 and the Xbox 360.

Scourge: Outbreak, puts players in control of Echo Squad, an elite group of mercenaries hired to eliminate the ruthless Nogari Corporation. Nogari have in their hands a powerful new energy source, Ambrosia which has given them global control, it’s up to the Echo Squad to utilize all their skill, and firepower in order to save the world. Scourge: Outbreak is not only about defeating the enemy, as each of the four playable characters has their own agenda and influence on the story — these emerge via flashbacks as the mission progresses.

Scourge: Outbreak features, up to 4-player Co-op Campaign with over six hours of gameplay, four playable characters, each with different weapons, handling stats and a distinct combination of special abilities, an XP system which tracks your experience, unlocking powerful gameplay rewards in Campaign and Multiplayer modes, 9 weapons, plus multiple variants of each to suit your playing style, up to eight players in death-match, team death-match and capture-the-flag multiplayer versus modes with five action-packed maps, and 37 Badges to unlock on Mac, and 12 Achievements/Trophies to unlock on 360 and PS3

Scourge: Outbreak is expected to launch on Q3 of 2012.