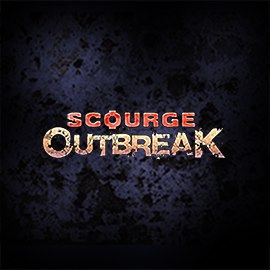 UFO Interactive Games, in partnership with Tragnarion Studios today announced the upcoming worldwide release of Scourge: Outbreak on XBLA on July 3, 2013. The game marks the Xbox debut of a massively overhauled and vastly improved version of The Scourge Project: Episodes 1 & 2, originally released for Windows PC in April 2010.

“Scourge: Outbreak looks better, plays better, and is far more fun than The Scourge Project ever was,” said Ake Mora Temnerud, Studio Director of Tragnarion Studios. “It’s a game that our small, humble team is immensely proud of, and we think that once players get into the game, they are really going to enjoy all of the newly-added content and features we’ve added.”

Scourge: Outbreak, puts players in control of Echo Squad, an elite group of mercenaries hired to eliminate the ruthless Nogari Corporation. Nogari have in their hands a powerful new energy source, Ambrosia which has given them global control, it’s up to the Echo Squad to utilize all their skill, and firepower in order to save the world. Scourge: Outbreak is not only about defeating the enemy, as each of the four playable characters has their own agenda and influence on the story — these emerge via flashbacks as the mission progresses.