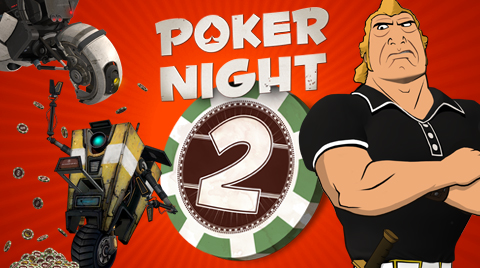 Poker Night 2 is now available for download on the App Store for $4.99 developer Telltale game’s has announced. In the game you take the fifth seat at the table and you are joined by an all-star cast that includes star Claptrap from Borderlands, Brock Samson from The Venture Bros., Sam from Sam & Max, and Ash from Evil Dead/Army of Darkness, while GlaDOS from the Portal and Portal 2 games is dealing every game.

Poker Night 2 is compatible with iPad 2 and up, iPhone 4 and up. Those interested can download it from here.