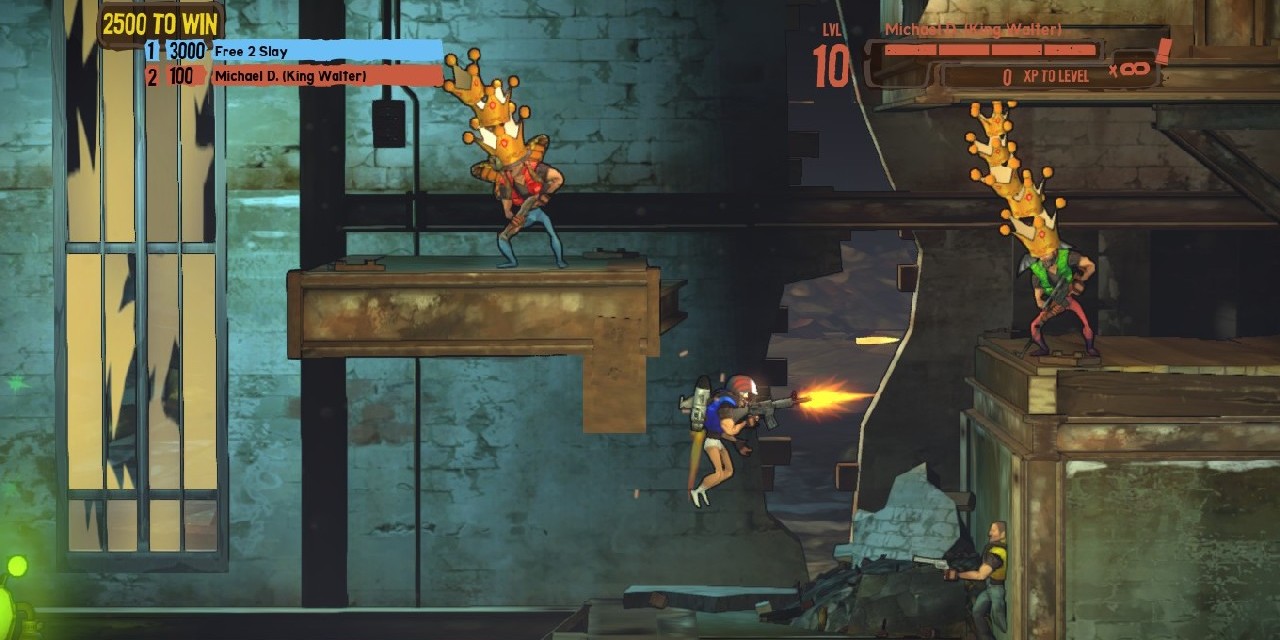 Developer Demiurge Studios has announced Shoot Many Robots: Arena Kings, a brand new free-to-play spin-off of its acclaimed platformer/shooter Shoot Many Robots, that will be released for the PC via Steam.

The new, standalone title Arena Kings is an online deathmatch that pits players on competitive PvP battles. In “Royal Flush” the Kings must murder each other to collect their crowns, and flush them down a teleporting golden toilet, naturally. New content and updates will be added to the game weekly, based on feedback received directly from players. “While I’ve got notebooks full of weapons, special moves, and pants I can’t wait to add, what’s really exciting is getting to hear from players in the earliest stages of the game’s development and giving them what they’re asking for, sometimes in the very next weekly update,” said lead designer Will Jennings.

“We’re taking our favourite parts of Shoot Many Robots and stirring in PvP competition and gameplay that’s constantly evolving,” he explained. “It’s like a big tasty vegetarian stew with lots of guns in it, but also alive and mutating and fighting other soups.”

Sign-ups for the beta of Shoot Many Robots: Arena Kings have already begun at the game’s official site.