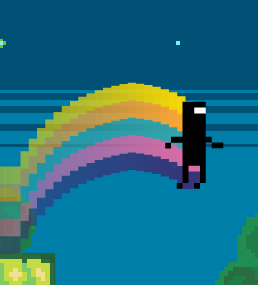 Gaijin Games has unveiled CommanderVideo, the studio’s first-ever endless runner starring the eponymous CommanderVideo. The free-to-play browser-based game features the 16-bit aesthetic of Runner2’s retro levels, randomly generated environments, leaderboards, and unlockable characters, which can only be earned by collecting gold bars — the game’s form of currency — while playing.

“This is totally a video game,” stated Alex Neuse Neuse, co-founder of Gaijin Games. “And like all video games, it should be played in 10-hour binges that compromise your personal wellbeing.”