Sine Mora, a game that set a new high standard for shmups and gained widespread acclaim after its release on the PC, XBLA, PS3 and PS Vita, is now available for download on iOS\ app developer Pocket Scientists has announced.

The iOS version is available here: http://bit.ly/10W1pJj
Android and Amazon versions will arrive as well before the end of the month. 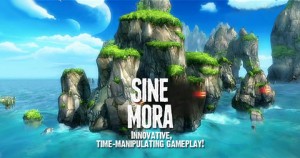