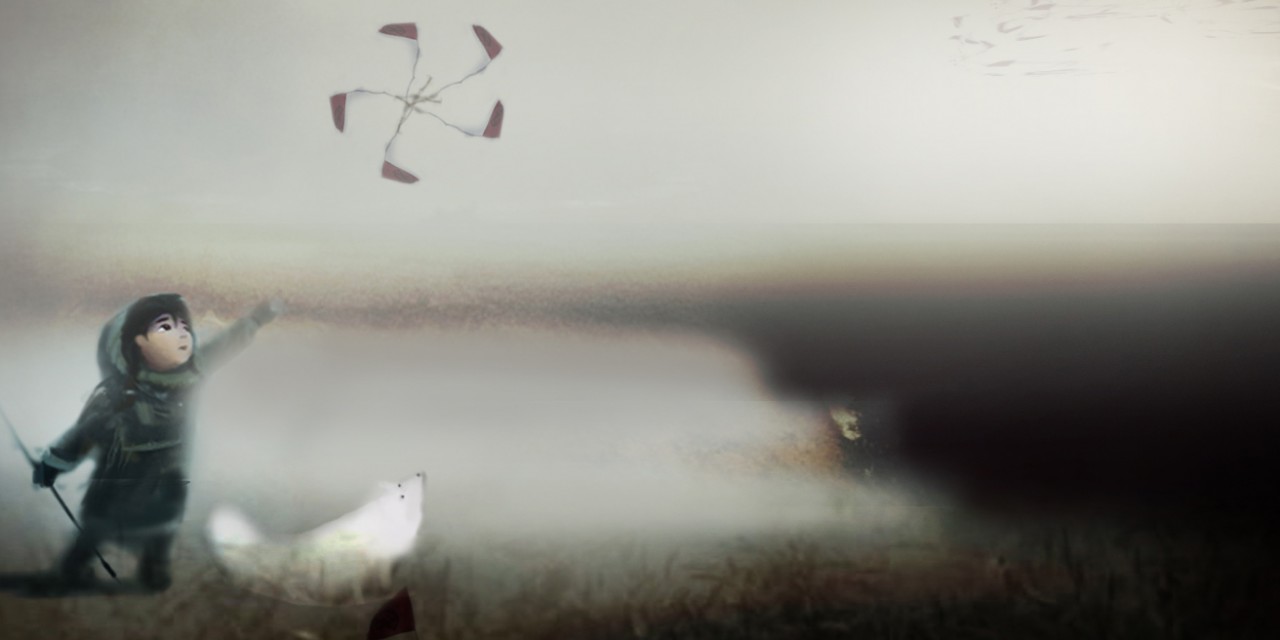 In  Never Alone, players take on the roles of Nuna, a young Iñupiaq girl and an Arctic fox, in an atmospheric puzzle platformer combining traditional folklore, stories, settings, and characters handed down over many generations by Alaska Native people whose roots and heritage date back millennia.  Featuring imagery and themes drawn directly from Iñupiat and other Alaska Native cultures,  Never Alone features striking visuals; emphasizes the sensibilities and perspective of these indigenous Arctic people; and requires players to work cooperatively to succeed in challenging and harsh environments.

E-Line Media has assembled a power-house development team that includes Iñupiat elders and storytellers to ensure the game’s cultural authenticity, along with the creative director of such classics as  Interstate ’76 and MechWarrior II and seasoned team leads including members who oversaw the releases of Tomb Raider: Underworld, Tomb Raider: Anniversary, Tomb Raider: Legend; led character and art development for the  SOCOM series of games; and contributed to many titles with iD Software.

Never Alone Key Features Include:
•     1- and 2-player modes, both involving cooperative play (in single-player mode, the player can switch between the roles of Nuna and Fox at any time).
•     8 sweeping chapters that take players across treacherous ice floes, Arctic tundra, ice caves, boreal forests, cliff-built coastal villages, and more.
•     Game story, settings, characters and game play inspired by traditional Iñupiaq stories, including the tale of Kunuuksaayuka (Koo-nook-sah-yoo-ka), a story that has been handed down for generations among the Iñupiat people.
•     Encounters with characters from traditional Alaska Native stories such as Manslayer, Aurora People, Blizzard Man, and the Little People.
•     Exclusive unlockable cultural Insights into the Iñupiat way of life, told by both Alaska Native elders and youth.
•     Dynamic weather effects – brace against blizzards and use wind to leap to areas that are otherwise inaccessible.
•     Challenging puzzles that require both characters to work together; Nuna and Fox each have unique skills and abilities.
•      Reveal hidden Iñupiat helping spirits and use their aid to assist Nuna and Fox in their quest.

Available as a downloadable title for PlayStation 4, Xbox One and PC in November, Never Alone is the first title in an exciting new genre known as ‘World Games’, which E-Line is pioneering with the goal of bringing carefully selected traditional stories from indigenous cultures around the world to life in innovative and compelling ways for global audiences.

More information may be found on http://neveralonegame.com/