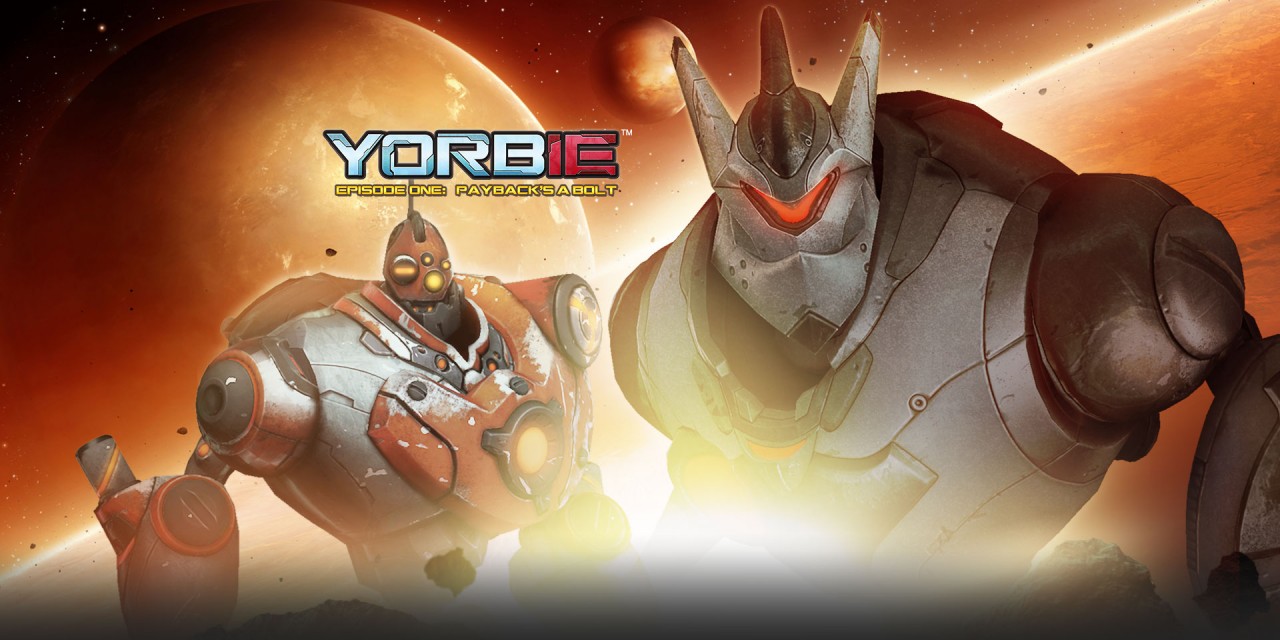 Happy Dance Games announces Yorbie Episode 1: Payback’s a Bolt for PlayStation 4 and XboxOne Consoles, available early 2015. The Yorbie franchise will be released in a series of episodes, with each episode building on and expanding the Yorbie universe.

These are dark times in the 18 colonies of the Yorbie Collective. The evil Dr. Zox has infiltrated Yorbia Prime, banishing the supposedly all-powerful Guardians while enslaving the remaining inhabitants. The future of bot-kind now rests on the shoulders of Yorbie, an unlikely hero who was once shunned for his wild antics and disobedience of authority. Play as Yorbie and fight your way through an all-out bot onslaught with epic boss battles in this fast-paced 3d action adventure. Upgrade your weapons and enhance them with stacking bonuses to suit your playing style. Try out as many combinations as you like with the ability to re-customize weapons at any time in the weapon store. Scavenge components and bonuses from enemy bots, or even steal them fromother players when they’re not looking. Hey, who said life was fair?

Go it alone or team up for local multiplayer with up to 4 players for even more competitive action. If you’re good enough you might even earn the right to play as some of the bad guy characters themselves.

And when you’re finished, don’t forget to test yours skills in the insane survivor mode for all-out robot carnage.

As always, once we receiver more information, trailers etc we will post it on GameConnect.