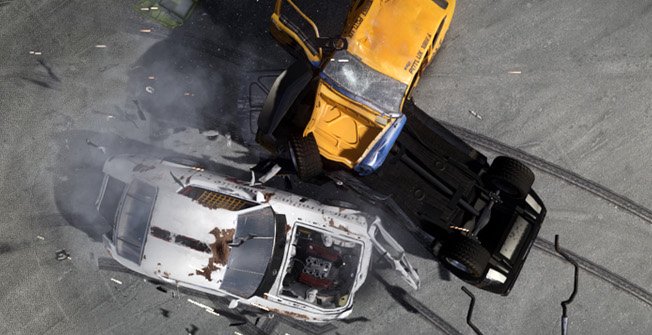 “We are returning to our roots to make this game, re-interpreting what initially excited us way back in FlatOut days. It’s full-contact motor sports with cars built for crashing. We’re doing it because our fans have been asking for this kind of game for years. We get the messages every week. Nobody else seems capable of delivering what they need, and there hasn’t been a proper demolition derby game for a long time. It’s about time the fans got an answer.

Technology now allows us to fully realize what we imagined back then – debris-filled scenes of high speed carnage. We’re taking destruction racing to a level you’ve never seen before. We can put tons more metal and dirt in the air now, and that’s exactly what we’re going to do. We want to make you feel the carnage. We’re calling it just our next car game for now”, the developers wrote on the press release.

The game will be coming released on the PC and yet to be announced platforms.