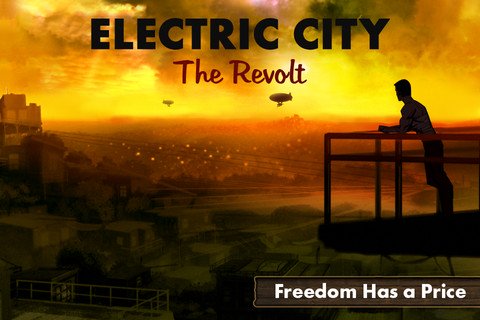 Electric City is an original Role Playing Game featuring Frank Deetleman, a key character from the online series, as he attempts to undermine the control of the Electric City and restore freedom to its people. The game promises to keep players hooked until the end with its high-end graphics, fast-paced action, and a rich storyline. “Electric City is an ambitious and groundbreaking series from one of the world’s biggest stars, and we are proud to help bring Tom Hanks’ vision to mobile audiences,” said Manish Agarwal, CEO, Digital Business of Reliance Entertainment. “Jump Games is a proven leader in turning popular entertainment IP into mobile games and applications, and the  Electric City apps are prime examples of how we work with our partners to honor, enhance and extend their brand to mobile audiences.” “We always knew that  Electric City was a big, multi-dimensional story, and that it made sense to present it in a non-traditional way,” said Playtone partner Gary Goetzman.  “We felt that games and mobile content would be a great way to explore backstory and push the parameters of our world.”