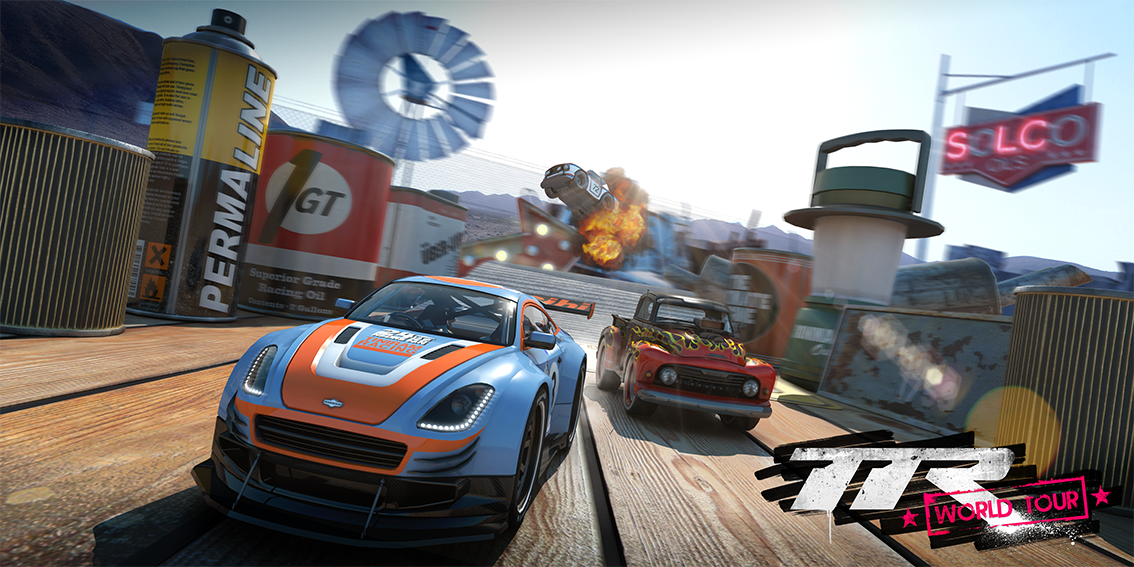 Award winning indie developer and publisher Playrise Digital today confirmed that micro-combat racer ‘Table Top Racing: World Tour’ will launch on PS4 Tuesday, 3rd of May! TTR: World Tour will be a headline title, globally, on next week’s PlayStation Network store update which means it will be free to all PlayStation Plus subscribers!

“We’re delighted to finally release Table Top Racing: World Tour on PlayStation 4, it’s been an amazing adventure to get to this launch!” commented Nick Burcombe, CEO and Game Director of TTR at Playrise Digital, “We can’t wait to see what the players will think of our brand new game, it’s free for PS+ subscribers for one month, so we’re really looking forward to getting feedback from games and no doubt seeing some seriously competitive online racing when the game hits next week!”.

TTR: World Tour is a high octane miniaturised combat racer from Nick Burcombe, the co-creator of Sony Playstation’s all-time classic, ‘wipEout’ and more recently, the hugely successful, 9.9 million time downloaded indie mobile hit, ‘Table Top Racing’. TTR: World Tour is a total re-invention of the Table Top Racing universe bringing micro combat-racing to a truly next gen audience for the first time.
Gamers will get behind the wheels of 12 ultra-cool, fully customisable miniaturised cars as they take on 24 race tracks in Championship mode with a series of Special Events to beat, or get online and challenge up to 8 friends to find out who is the ultimate racer! Micro combat racing has never looked so good or been this fun.