Cart Life will prove to be one of the most stressful games you have ever played. You can adopt a number of roles, defined by gender, age, economic status, and race, with each one putting you in a specific world view from the sidewalk. Cart Life expects you to meet a deadline in each life something that sounds simple, but the truth is it is a mountain to climb. Players can choose one of three roles in the game, 2 in the free version. There’s Vinny, a coffee addict who already has his own cart to sell all kinds of food. There’s Andrus, who wants to open up a newspaper stand somewhere in the city with his loving cat by his side, and Melanie a single-Mom trying to make life work. Her daughter Laura keeps her going. For our playthrough we decided to take the role Andrus an immigrant who seeks to support himself and his pet cat, Mr Glembovski,and headed to Georgetown for our appointment with the newsstand man who has agreed to sell his post. The good thing with Angus, compared to the other characters, is that his business is already set up and he has a permit in his possession. After sealing the agreement we had to find a motel to spend the night,and since we didn’t know the area that well we had to ask people passing by who recommended a motel nearby a dangerous neighborhood. We didn’t care that much since we had to get up early and start work. In order to get to work you can choose from taking the bus, which requires a small fee, but takes some time, grab a taxi, limited time, more expensive, or on foot, no fee, a lot of time. Keep in mind though that time is the Alpha and the Omega in Cart Life, as each second that passes amounts to 1 minute in real life. When you arrive at your spot, there is a handful of tasks you must complete in order to start selling your newspapers. You must sign for your package, open it, fold the newspapers, and place them in order in your stand. All these are performed by clever mini games that test your reflexes and push the AGS engine to its limits. You’ll have to play through a typing game to set up your stall correctly, and players are also subjected to a multiple-choice question and a simple math calculation to solve for every newspaper that they try to sell. Selling goods and consumables to your customers isn’t as easy as stocking up on items and moving sliders either. You should also keep in mind that if you want to sell as may newspaper as possible you have to sell them with the right price. Selling to low won’t make you any profit, while adjusting the price high means that you won’t sell ass many. All characters in Cart Life have a short of addiction, and in our hero’s case this is nicotine; a pack of cigarettes along with a lighter must always be nearby, as the lack of nicotine will have negative effect in Angus reducing his will to socialize with customers. At some point you’ll find out that your job is the definition of boredom, but who said that selling newspaper in a country that you are all alone, is the most joyful job in the world. Cart Life depicts the misery and monotony of retail without ever giving the slightest hint of anything else. When you get some hang with Cart Life you’ll want to break this motel-work-motel-sleep routine and take a walk to the rest of the city. There you’ll be surprized to find out that the world of Cart Life is too much alive. The characters you meet as customers have actually jobs, for example the girl that constantly asks you if you sell chewing gums works on a cafe, the two weird looking men work on the garage, and so on. But Cart Life is not only about realism and speed, (it is impossible to master all the learning curves in the game in just one playthrough), it has even more in the shape of unexpected irrelevant twists and turns that appear. You may for example return to your motel one night, and a random encounter with the motel owner’s wife might turn into an adventure you are not so sure you want to experience. Cart Life likes to throw you into the deep end, and it can get overwhelming initially as you struggle to manage your valuable time. But the beauty is, when you screw up, you do feel terrible. This a game where you have to listen to what you are being told and you have to keep the details in your mind if you want to succeed in the game. No matter how tough things get, though, you’re meant to battle through them – just like life. And when you reach the end of a character’s story, there’s a unique sense of satisfaction that you’ve made it despite all of the hardship.

Keep in mind that you will inevitably encounter bugs when playing Cart Life, but Hofmeier has created a forum in which he actively seeks to address the bugs encountered by players.

Cart Life is not a fun game as what it does is to reverse the whole concept of gaming. This is not a title that will make you escape, it is the game that will sink you in its harsh reality in the most painful way.

If you believe a good game must be fun you won’t find much to love in Cart Life, which wants to make feel skeptical and often guilt. Cart Life offers an insight look into people you see on a daily basis, but you never really cared about their lives in an engaging, moving, and inspirational way. You can pick up Cart Life on Steam but if you’d rather just take it for a spin you can get a taste through the freeware version available here. if you have an interest in indie games at all, this is absolutely worth checking out. Our guess is that you will feel like buying it after a couple of playthroughs, just to give your love and support for the man that created it. 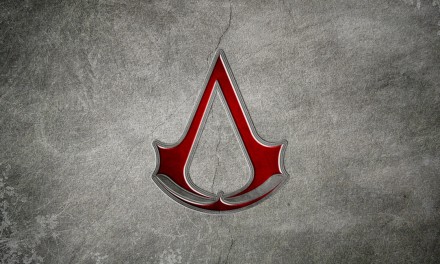 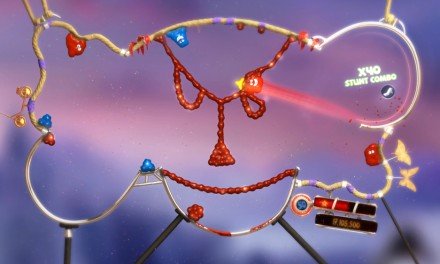