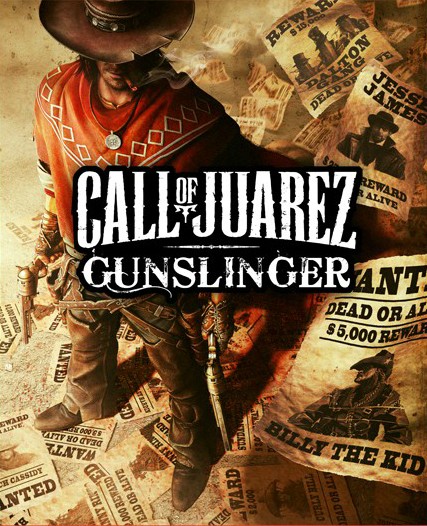 Today, Ubisoft announces that Call of Juarez: Gunslinger will be available on May 22nd for £11.99 on the PlayStation Network and Windows PC and 1200 Microsoft Points via the Xbox LIVE for Xbox 360.

Developed once again by Techland, Call of Juarez: Gunslinger is a return to the Wild West roots of the series putting players in the shoes of a bounty hunter in his effort to take down some of the most famous names of the American frontier, such as Billy the Kid, Jesse James and Pat Garett and more. According to Ubisoft the game features “ruthless, all out gun battles” and lets players use pistols and rifles to “unleash lethal combos” and “gun down multiple enemies in split seconds.” Players will also be able to choose specific gun fighting skills and “develop and acquire new shooting abilities to become the West’s finest gunslinger.”

PC digital version preorder of Call of Juarez: Gunslinger will give you immediate full access to the 2nd entry in the Call Of Juarez series: ‘Call Of Juarez Bound in Blood’. Uplay preorders will also give you access to an exclusive pack of legendary weapons.