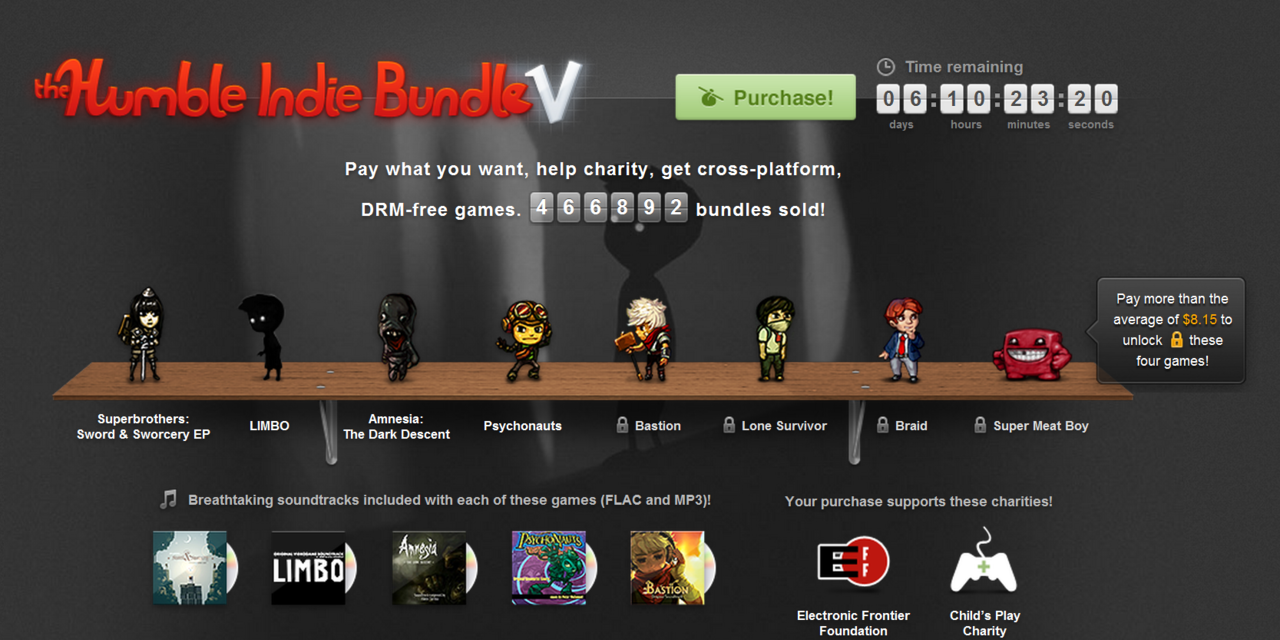 The Indie Gala is a series of game bundles similar to pay what you want model of the Humble Indie Bundle with the only difference is that when  you beat the current average average you gain various bonuses in the shape of indie music and extra goodies to unlock. 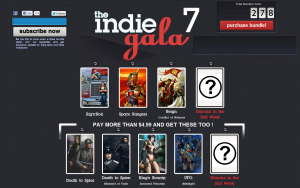 The First Indiegala appeared on December 5 2011 and included games like Saira, Zombie Shooter 1 and 2, In Momentum. Other notable games in the  Indie Gala bundles included Flatout,  Steel Storm: Burning Retribution and Postal. The sales of Indie Gala bundles last from 3 weeks to 5 weeks and a new one regularly begins one week after the last one ends. The average Indie Gala bundles sold in that period range from 25000 to 45000 units with an average price ranging from$1,81 to $4,69.

Build A Bundle / Be Mine bundle

Groupees is one of the latest companies to enter the indie bundle wagon. They stand out from the other indie game bundles in the way they add bonuses. They set specific goals for total amount paid by all purchasers, then everyone gets the bonus when the goal is reached. Bonuses usually include games and music and have even included graphic novels and films. Groupees offer two game oriented bundles,  the Build A Bundle and the Be Mine bundle. 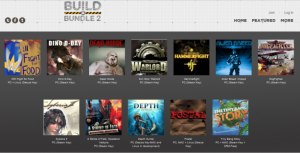 The Be Mine bundle has a feature of reaching different goals for contributors to get more out of their bundle purchase. Bonuses come in the shape of DLC, music and games. The Build A Bundle offers a unique feature; the bundle consists of 12 indie games, and you must choose a minimum of 3.  Pick which you want and build a bundle of your own and name your price too. The first three games are available for minimum of 1$ each,, the next few are $0.75,  and end up to $0.5 each if you choose to buy all 12.
Notable games included in the Build A Bundle are Necrovision, Dark Fall: Lost Souls , and .Caster. There have been 9 game-focused Groupees bundles so far.

Bundle In A Box

Bundle In A Box is a bundle by Kyttaro Games where gamers purchase acclaimed indie games for a pay-what-you-want price and is mostly about exclusive new games making their debut. Paying anything above $0.99 will get gamers acclaimed indie titles like -Death Ray Manta, Llamasoft’s demented Space Giraffe, frenetic space-combat sim The Wreckless. Every time you pay above the current average price even more games are added. 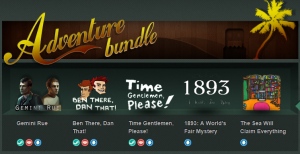 The Indie Dev Grant, is the most popular feature of Bundle In A Box . It is a grant designed to help indie game developers actually create the games they’ve always wanted to. For every 100 bundles sold, $10 will be added to the grant. One indie developer (be it a group or an individual), voted by the esteemed fans of Bundle in a Box will get the whole amount after the bundle ends. No strings will be attached by either Bundle in a Box or Kyttaro Games. The grant can be used in any way the developer that earns it sees fit and will in no way be obliged to co-operate with Kyttaro Games or Bundle in a Box.

It is still very early days to say that the indie bundle movement is here to stay, the fact however that major companies like EA jump in the bundle wagon means that the dust needs a lot time to settle.

In many case bundles offer great opportunity for developers to be introduced to a wider audience and why not even make some money that will give them the boost and confidence to prepare with much labor their new efforts. 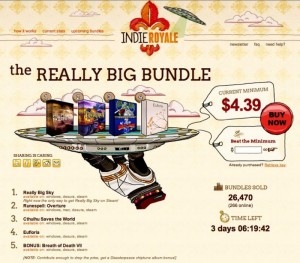 But it’s not only developers that win but also gamers who with the amount of money they would spend on a drink can buy so many great indie games that would keep them entertained for months. Indie bundles deserve more of our love and our attention.