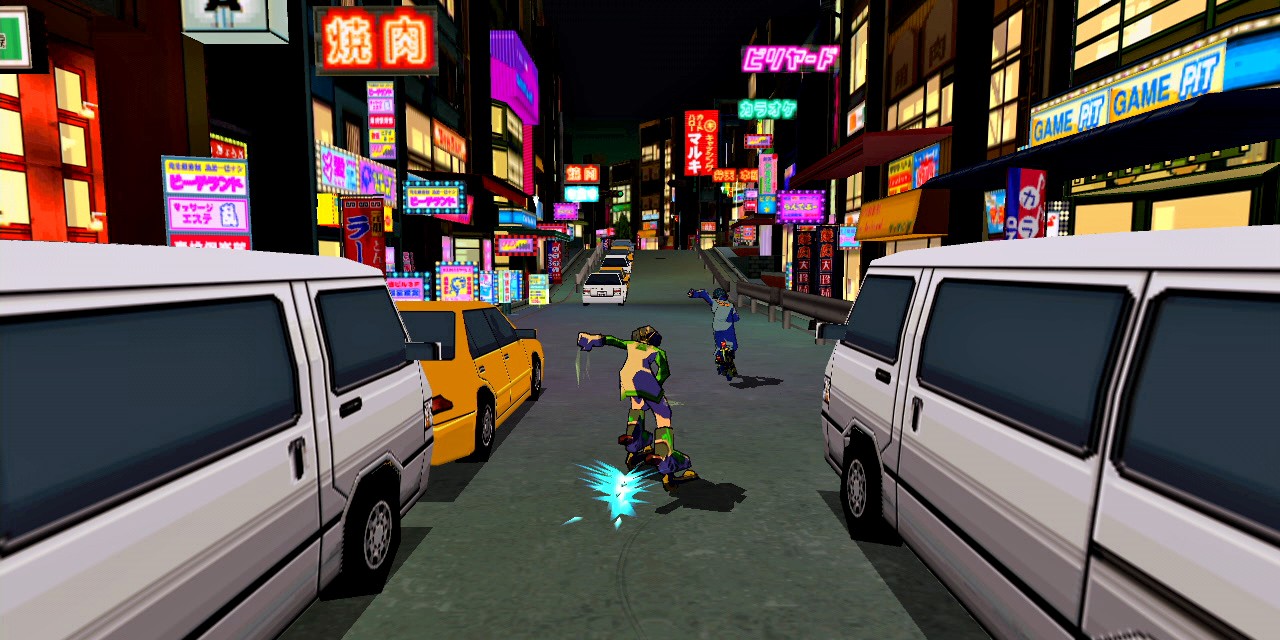 Those who are not familiar with the game here is a short description for you. Jet Set Radio lets players join the GGs, an up-and-coming street gang in the futuristic city of Tokyo-to, fighting for the right to self-expression against an overbearing, corporate-controlled police force named Rokkaku Group. Rolling and leaping through crowded urban environments on magnetically driven inline skates, players take control of gang leader Beat and his fellow artists as they steal turf from the local gangs by covering the city with colorful graffiti. Guided by Professor K, a DJ bringing the hottest tunes in town with the “Jet Set Radio station” – the GGs will ultimately uncover the sinister plot hatched by the controlling powers of Tokyo-to. Professor K is also the voice covering all the game events. 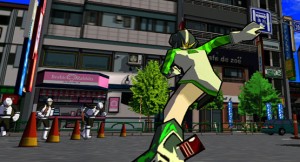 The gameplay of Jet Set Radio hasn’t changed a bit since its Dreamcast days. Each level has areas – denoted by arrows – which you must tag in order to succeed, and when you consider the game is dictated by a strict time limit, it soon becomes quite a stern challenge. The most common goal in the game is to spray over other gangs’ graffiti with your own, which requires the player to collect spraypaint cans littered across the stage. Your character, who rides using inline skates and is able to jump, grind on rails and skitch on the back of cars, can also use a boost to gain speed, which requires available boost in a meter which can be replenished by performing tricks and combos. 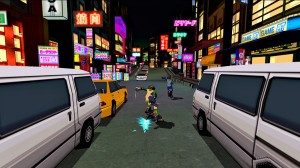 Small graffiti can be sprayed over by tapping the spray button whilst passing near them, and can be performed whilst jumping or grinding. More demanding graffiti, however, requires the player to follow a series of gestures something that is easier said than done when you have S.W.A.T chasing you. If you are in the hunt for more points then you can tag areas that do not belong to your opponents and are shown with a green arrow. Other missions include showdowns with rival gangs, such as following them along a certain route. The game doesn’t point these routes out to you so you’ll have to do some exploring during each stage. Each level usually has three or four areas to it though some missions/races will make you stay within the constraints of a single area. 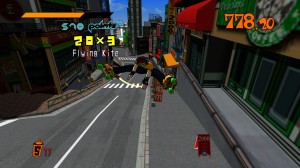 The Rokkaku Group and especially Onishima, a funny but dangerous policeman who can easily aim at you with his revolver gun, is always at your back, and if he fails to succeed, helicopters launching missiles and attack dogs is what you must avoid. All these for just a kid with roller skates and a spray bottle in his hands. When you finish a lever your score is calculated by four things, your remaining health, your time, the tricks you performed and if you prayed over green tagged areas. 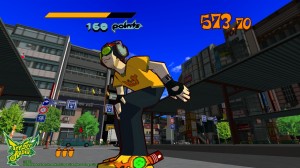 Just like the original game camera issues are still present but this time around there is a small improvement as you can at least adjust it. Another addition is the ability to unlock new graffiti as Sega launched a competition for many young artists which resulted in some very beautiful graffiti works. 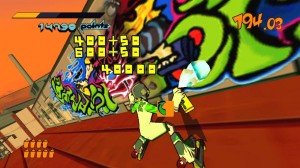 You may not relive the sense of originality Jet Set Radio brought 12 years ago, but this little gem it’s every bit as fresh and playable as it was way back when, and there’s little more praise to offer than that. There are a few irritations present which really should have been rectified in the upgrade process, but they’re not deal breakers by any stretch of the imagination. 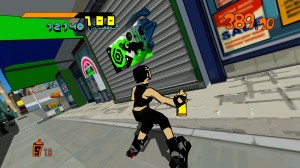 Xbox 360, PS3 and PC gamers (via Steam) can purchase Jet Set Radio for 800 Microsoft Points / $9.99. while the game will soon make the jump on iOS and Android. What you should keep in your mind is that with ten bucks, you get a game that’s got a very good HD treatment, along with one of the best gaming soundtracks in recent memory. 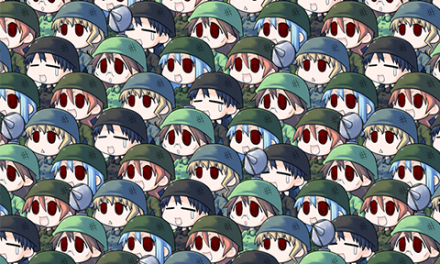