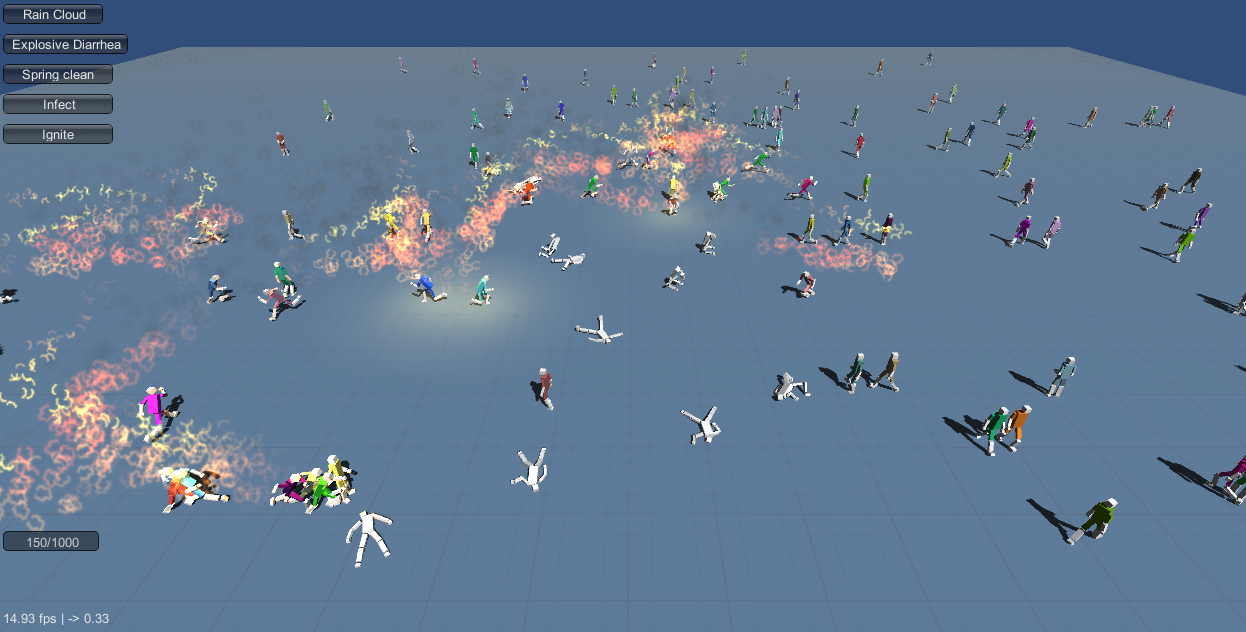 Ludum Dare is a 48 hour game programming competition, in which you have 48 hours to make a game from scratch on a particular theme which gets released as soon as the competition starts.

Then everyone starts at the same time when the theme gets announced, and must complete the game as possible over the next two days. The people who submitted games then get to vote on all the other games in a variety of categories, and a few weeks later the winners are announced. At the same time a more relaxed version of Ludum dare called the “Jam”, which takes place concurrently with the main competition and allows for teams, unshared code, and an extended deadline of 72 hours.

The “You Are the Villain” themed Ludum Dare 25 has just finished collecting games for its 48-hour competition, with over 900 entries submitted. We toyed around with many interesting entries and we give you a quick glance to what managed to impress us the most.

Mad Princess is a tower defence type of game. You take control of a princess, who many warriors believe that is trapped in the castle of a horrible demon. The truth, however, is much more darker: The master of the castle is no one but the princess herself. She uses terrible dark magic to set traps for the hapless heroes who invade the castle, and then uses their blood to create more deadly traps for new heroes who dare to set their foot in the castle. The heroes travel in sideway 2D view in the halls of the castle,  trying to reach the princess. If that happens, she is forcefully saved and probably married. Ludum Dare: The Musical  will remind you of Monkey Island and the Insult Swordfighting. In order to play the part of the villain for the Ludum Dare Musical, you must sing the correct lines, or else something might just be dropped on your head. The correct line will both rhyme with the one before it and be suitably villainous. This little gem is a genuine mix of nice music, good humour, good art, and innovation. According developer’s Dek bears are generally beaten up by men with beards in a many games. No one thought to make a game about a bear that unleashes her fury to the humans, not until Ludum Dare 25. In Revenge Bear Show its your time  to show them who is the boss by taking over their camp.  You use the < > to move , press Space to attack  while with Ctrl you unleash the special feral AOE attack. You are the Dragon

You are the Dragon created by wallmasterr  is inspired by a hobbit and lord of the rings poster on the developer’s romm. The game tries to emulate the poster’s hand drawn style and we can really tell that he has certainly succeeded in that and its premise is quite simple, just destroy the village before the wizard reads your true name. In Tales of Scale by you need to discover yourself what the game’s goal is. What we can tell you before you give it a try is that when you pick up an item it actually changes size according to your perspective. If you pick up a sofa for example and then move really close to a wall and then drop it, the sofa would have shrunk. Similarly if you grabbed the sofa and then dropped it somewhere in the distance then it would be huge. The rest is up to you to find out Misery is delicious! a god like game where you simple have to kill all the people on the map. It is a top down villain simulator in which you slaughter, kill, crush, torture and clone the inhabitants of a small island city. Use a vast selection of tools and ability’s such as “Spring cleaning” which literally drops numerous items (including goats) upon the defenceless citizens and explosive diarrhoea which launches people into space. There is no doubt that among the 900 plus games that made the event might be a little gem that many will be talking for the next couple of years, or …hours,  but it didn’t managed to grab the attention it deserved. The good thing is that we have plenty of time until the poles come out to try out these passionate efforts and eventually discover the Ludum Dare 25 winner. All of the entries are voted according to Innovation, Fun, Theme, Graphics, Audio, Humor, Mood, Overall and Community. There is no winning prize, but we don’t think this is necessary. Everybody here is a winner.

We would like to congratulate all of those who participated in the event , and when the player’s poll comes out in 20 days,