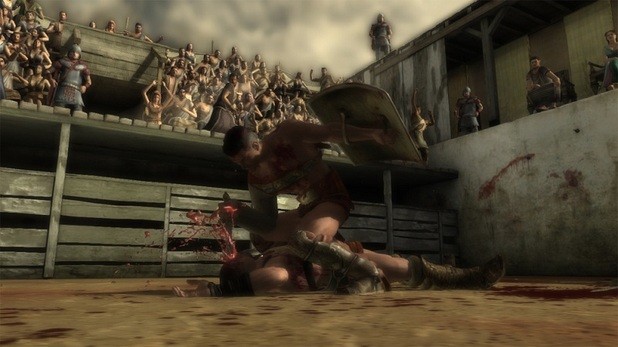 Ubisoft have today announced Spartacus Legends, a fighting game based on popular characters from the international hit series, Spartacus, produced and distributed by Starz Entertainment.

In Spartacus Legends gamers will be able to train inside the ludus and participate in brutal battles in the arena, all in their effort to become the legend. They can fight as Spartacus, Crixus or one of their own created gladiators, and battle with friends offline or in online multiplayer. This arena battler promises to deliver thousands of ruthless weapon combinations, a robust skill system, and a variety of tools to customize their gladiators and dismember their foes. According to Ubisoft “Liam McIntyre has been very involved with the Spartacus Legends team. In addition to allowing his likeness and voice to be featured, Liam played early builds of the game and provided his creative feedback throughout the development process”.

Spartacus Legends will launch in consoles in early 2013.