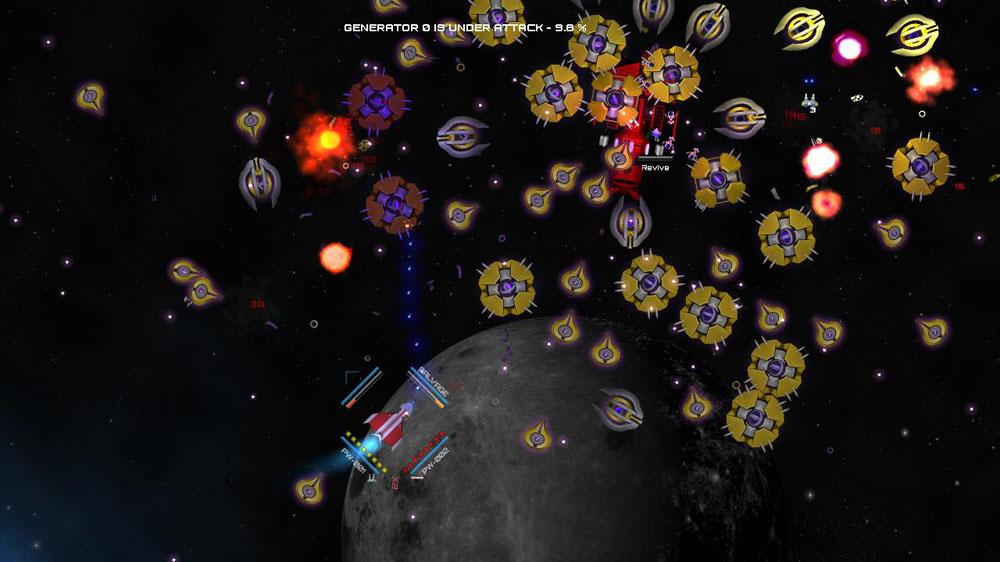 Schar: Blue Shield Alliance, featuring an original story with 36 missions, 9 survival missions, 4 ship classes, dozens of ship upgrades, and co-op action for up to 4 players, tells the story of mankind’s battle against the Constituents of Nothing (CoNs). After humans began to travel the universe, they encountered this devastating alien race, and are now forced to protect their settlements by powering the shield generators that guard each planet. Players must work together to complete various mission objectives in this epic struggle for survival.

“I wanted to create a game that was both fun and challenging. I wanted something that had that old-school feel but looked like a modern game too”, said Nick Puleo, Co-Founder of Brain Shape Games. “Schar: Blue Shield Alliance’ takes its inspiration from the likes of Smash T.V., Geometry Wars, and even some gameplay elements of RPGs to make it feel deeper than your average twin-stick shooter.”

A PC version of Schar: Blue Shield Alliance is set to be released via digital distribution in August.