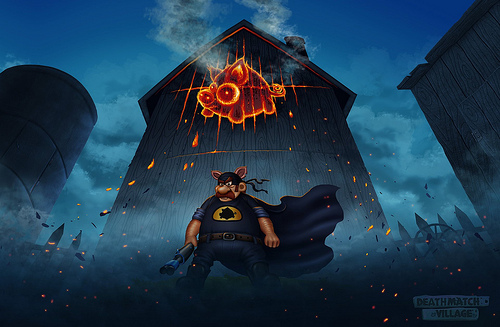 Developer Bloober Team has announced on the official PlayStation Blog their new redneck-themed MOBA, Deathmatch Village, which will feature three-on-three arcade action and crossplatform functionality with the Vita.

The game promises “dozens of weapons, items and skills”, “customisable characters” that can be leveled up, “interactive arenas”, special Pig Hunt and Pig Race modes, “your own village with multiple buildings to visit – from the herbalist’s shop to the training ground” and finally, “a trusty donkey for everyone.”
Bloober Team also announced that a closed beta will be held soon, and that gamers interested in getting involved with it can email the team at beta@freekygames.com.