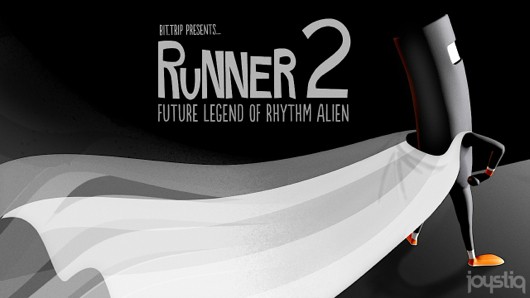 Gaijin Games has completed work on its upcoming Bit.Trip Runner sequel, Runner 2: Future Legend of Rhythm Alien, and has successfully submitted the game to Nintendo, Microsoft, and Sony for certification aiming for a late February launch on the PSN, XBLA, and Wii U.

“We have just blasted all the console versions of your next favorite game off to be judged by Sontendosoft. It was a grueling journey here at the end, and none of us slept much, ate much, or stayed sane much as we finished off the console builds”, Gaijin founder Alex Neuse writes on the Runner 2 blog. Runner 2: Future Legend of Rhythm Alien is a direct sequel to Bit.Trip Runner and features full HD graphics, rather than the pixelated style used in past titles, 10+ new abilities for CommanderVideo (and other playable characters), achievements/trophies/leaderboards, unlockable costumes, difficulty modes and checkpoints and more.

Runner2: Future Legend of Rhythm Alien is listed on Steam for a PC/Mac launch of February 26th for 13,99€.