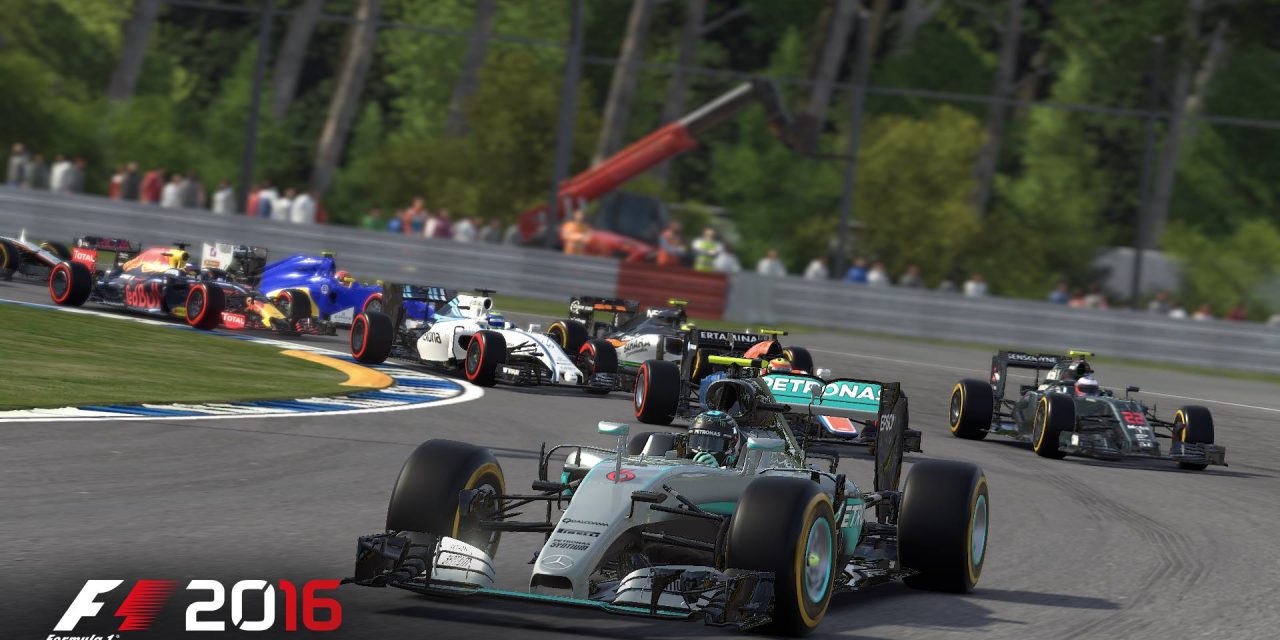 F1 2016, the official videogame of the 2016 FIA Formula One World Championship, has the most immersive Career Mode ever seen in the franchise. Today Codemasters and Koch Media have released a new gameplay video that highlights many of the key features in the extensive and enthralling ten-year Career.

It was also announced today that F1 2016 will feature Multiplayer Championship, a brand new game mode that allows up to 22 players to compete against each other over the course of a season. The new mode allows players to race as team mates or to battle it out as different teams as well as offering great possibilities for league play.

In F1 2016’s Career Mode, players select their character, helmet and race number that will stay with them throughout their time in FORMULA ONE™. They then select which of the 11 official teams they wish to join to start their journey, as well as which member of the team will be their team-mate, before taking to the track for the first race of the season. The higher ranked teams will have steeper expectations for the player.

The in-race experience has never been more immersive. Players will experience the tension of the Formation Lap as they weave to warm their tyres, before facing the drama of the manual race start, where they have to balance their revs and release the clutch at the right time. Get this wrong and players could jump the start and face a penalty or fail to get away from the line as the anti-stall kicks in.

Race strategy is also vital as players battle their rivals. For Pit Stops they can choose to have control of the Pit Lane entry, meaning they have to brake at the right time to avoid losing too much time but also to avoid speeding in the Pit lane. Strategy will be key, especially under Safety Car and Virtual Safety Car conditions.

The action continues off the track and into the Paddock and Hospitality areas. Over the course of the Career, players can decide how they want to upgrade their car by consulting with the Research and Development Engineer on areas for improvement, and by completing tasks during Practice sessions. They can either upgrade their team over a number of seasons to make it into a title challenger or they can negotiate with their Agent to move between teams to work their way up the grid.

The game will be released on August 19 for PlayStation 4, Xbox One and Windows PC.

Further details will be released on the upcoming game soon.