Speedrunning in Icebox on Steam 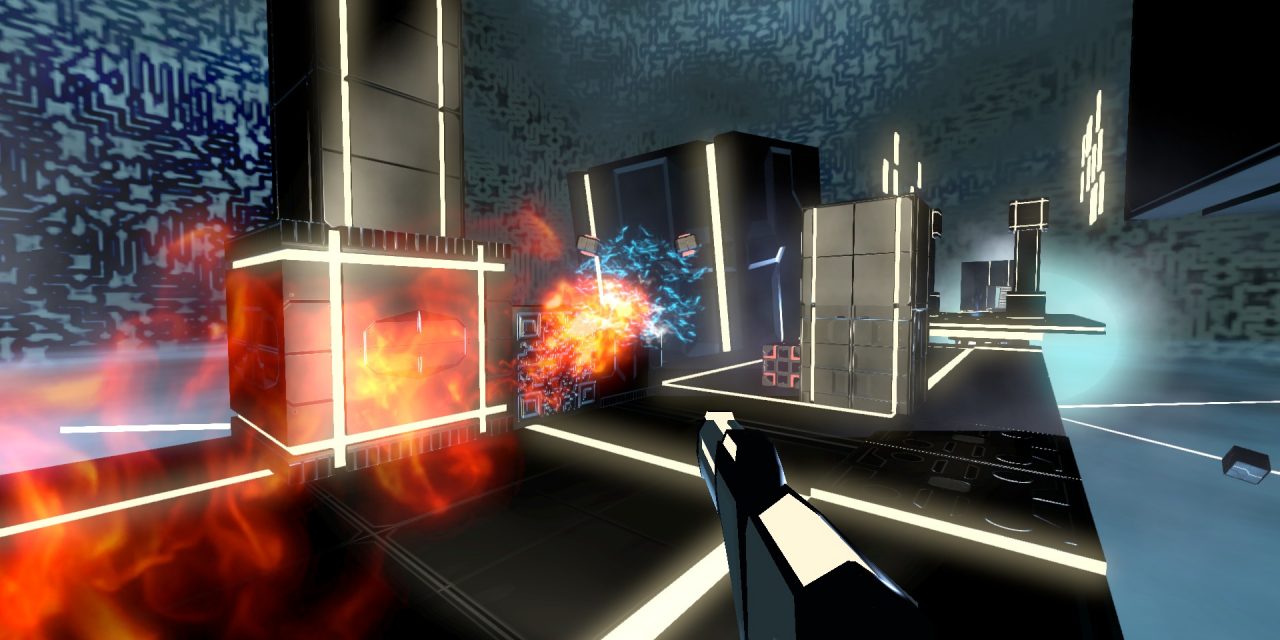 Australian studio Games Of Edan, is proud to announce Icebox, a procedually generated speedrunning FPS, coming to Steam Greenlight August 9th. Sam is the Systems Architect to the Icebox, a digital device designed to subvert the conscious mind. But he always feared the technology may fall into the wrong hands. So he planted covert programs as insurance against any personal incarceration.

On the eve of final testing, the Blacksuits ambushed Sam’s office, stole his invention and kidnapped his only son. They wired the child’s brain to the Icebox in an attempt to decrypt the system. But their attempts failed and the child was soon forgotten, resigned to a protracted hibernation.

After years of inactivity, the Icebox was suddenly restarted…

You play as Sam’s son. Your DNA has triggered an automatic failsafe. You must now search and destroy the Central AI to escape the Icebox before the Blacksuits can take ultimate control.

The game may be played in two distinct ways: SPEEDRUN or CAMPAIGN modes.

In Speedrun Mode, players must race the clock, manage resources and destroy sentinels on their way through ever more challenging environments, culminating in the final battle against the Central AI. Levels are around 2-5min in length. Completing each level inside the Par Time unlocks the next and posts a score to the Leaderboards. Players can replay levels to perfect runs and improve their overall score.

In Campaign Mode, players can take a more considered approach through one giant procedural level, saving at any time, without loading screens, on a solitary journey to search and destroy the Central AI. Commencing with a brief tutorial, the campaign walks players through the game’s mechanics before launching into progressively harder environments and sentinel battles on a mission to destroy the Central AI.

7 classic games for your iPhone