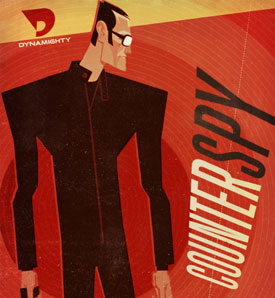 Dynamighty, a small independent studio based in San Francisco founded by a core team with prior experience at LucasArts and Pixar, have officially announced their first project titled CounterSpy (working title), a side-scrolling action game being developed for PlayStation 3, PlayStation Vita, and mobile platforms.

Inspired by the ’50s/’60s Cold War era and games like Flashback, Out of this World, Impossible Mission, Metroid, CounterSpy you play as an elite member of C.O.U.N.T.E.R., and your goal is to infiltrate, sabotage, and strike at the very heart of two opposing Super Powers embroiled in a frenetic Arms Race that threatens the existence of humanity.

Counterspy is currently slated for release sometime in 2013.