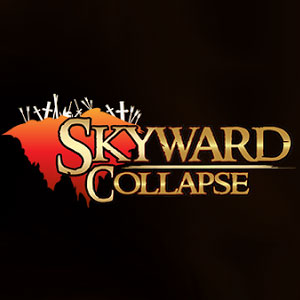 Arcen Games, best known for AI War: Fleet Command, and A Valley Without Wind, have just announced that its turn-based strategy god game Skyward Collapse is out now for Windows PC and Mac OS X on Steam, GamersGate, Green Man Gaming and the Arcen Store.

In Skyward Collapse you have to build and populate the floating continent of Luminith. You can create — but not control — gods, creatures, and artifacts from both Greek and Norse mythology. As The Creator, you are free you to tackle problems your own way. Among other you must balance a war between towns without letting either side obliterate the other, rule over gods, creatures, and men who refuse to obey you, and build a thriving landscape of villages against the threat of bandits and mythological powers.

Your task is to keep both factions alive until The Master calls you home — but this is harder than it sounds. Bandits, along with periodic Woes add to the variety of challenges that you’ll face in any given game. Every game plays out completely differently, and you’ll need even the craziest of your powers in order to survive what lies in store for you.

To celebrate, the game’s launch Skyward Collapse is 10% off during its first week. The discount takes the $4.99 title down to just $4.49 through next Thursday, May 30th.