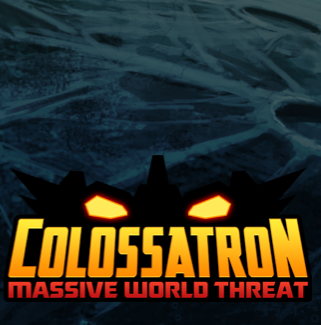 Halfbrick, the creators of Fruit Ninja and Jetpack Joyride, have today announced Colossatron: Massive World Threat a fast, fun and non-stop action combined with the signature Halfbrick style. Colossatron: Massive World Threat is the story of the biggest and most powerful being to ever wage war against mankind, with a unique style reminiscent of the craziest anime and cartoons of the 80s.

In the game you will take control of Colossatron, a gargantuan robotic snake, and wreak havoc across the globe with all the action being covered live by Rick Dalton and Katie Hazard of Metro 6 Action News. The military mobilizes under the command of General Moustache, and the battle begins. The key to victory is extending Colossatron by attaching red, yellow and blue Powernodes. Each color represents a different weapon or ability, and can also be combined to form new colors, stronger Powernode tiers, and more explosive secrets. Experimenting with how different build strategies hold up during the heat of battle will be part of the fun.

Success is measured by one key metric – dollars of damage caused. The more powerful Colossatron is, the more destroyed and the higher the score. You will be able to compare and even combine their destructive powers, with additional competitive and cooperative social features revealed soon.