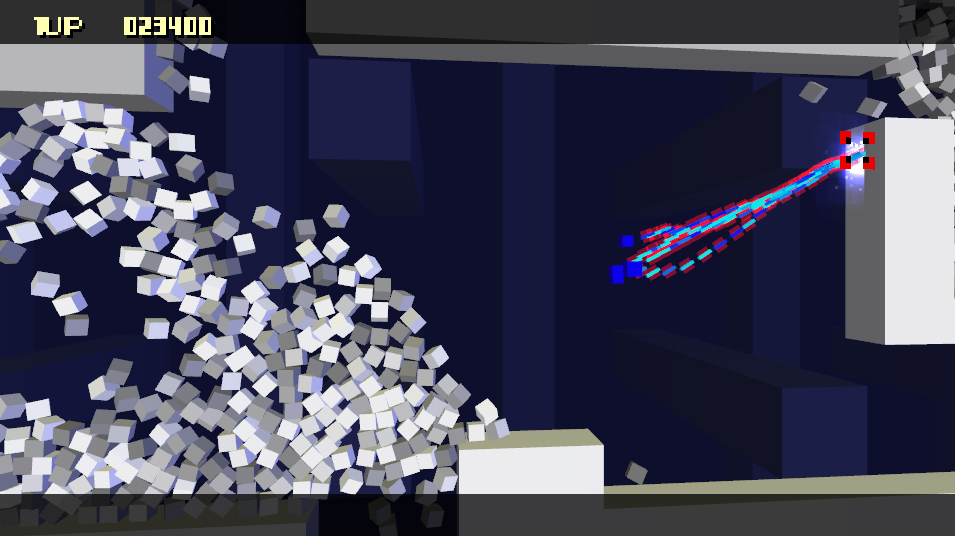 Ludum Dare (to give a game in Latin) was founded by Geoff Howland, and held it’s first competition in April 2002. The latest competition was the 24rth , and was held from the 24th of August until the 27th.

Ludum Dare 24, once again attracted developers from all sides of the industry, students, hobbyists, industry professionals from many well respected game studios, as well as many independent game and saw a whopping 1011 – a number close to the new record of 1042 created by the 23rd competition.

For Ludum Dare  24the game theme these talented developers had to illustrate in their efforts was Evolution. Participants who submitted a game have been given 3 weeks to play and rate games created by their peers, and the results were tallied. Over the next pages you’ll find everything you wanted about the games that won.

The big winner of the Compo event, where you get 48 hours to create a game, was Evoland,  developer’s Nicolas Cannasse third LD entry and according to his say the the first one tha he felt he had enough time to finish his game. Evoland is  nicely executed, and presents an interesting take on the evolution theme. It is an action-adventure game where you start back pre-Zelda on a very old monochromatic low-resolution computer, and then both the display technology and the gameplay rules evolve,  as they did in gaming history. The runner up of the Compo was The Voynich Experiment created by Wan, a very interesting entry described by its creator as a cross between a platformer, a puzzle game and Bubble Tanks. The Voynich Experiment is a game that takes place in the scientific manuscripts of a mysterious 1600s scientist. By finding the solutions to  the puzzles made of cells & science the truth of evolution is revealed to you. Aside from the graphics, sound, and over-all mood its the gameplay mechanics are quite interesting even though they are simple, they still force you to stop and concentrate. The best part of the game considering it was made in just 48 hours  is that when you  finish the gameyou are  to unlock an additional kitten-themed level.

Wan has also created a  post-compo version of The Voynich Experiment which features 8 new levels, 2 new cell types, and a  level selection screen.

Panspermia is the game that took the 3rd place in the Compo event. According to developer Carl Graves the game is the hypothesis that life exists throughout the Universe, distributed by meteoroids, asteroids and planetoids. In this game you launch asteroids at high velocities into unsuspecting sheep in an attempt to spread life to a targeted planet. Explosions ensue and many sheep are killed in the process. The game is a basic solar system simulator with a bunch of realism-breaking elements. I.e sheep can fall from space and not die, planets are way to small in comparison to the sheep/plants, and this isn’t even close to a proper simulation in terms of physics and math. Even so Panspermia is an excellent little game, with  great visuals and fun gameplay.

The winners of the Jam event, where many developers can work in a team, borrow assets from your other projects, do things that would normally be against the rules, and  also get one extra day, giving you up to 72 hours to submit an entry, were LD24 X0ut, Super Clew Land and Death Death Evolution.

Gameplay wise, graphics wise, audio wise, mood wise and theme wise, LD24 X0ut, the winner of the Jam contest really shines. For an LD game, the most important part is the first impression, and X-0ut’s creation really  blows anyone away. It is a well balanced game, where you are being attacked by cubes, while the game’s  writing/dialog give LD24 X0ut a lot of meaning and depth. Super Clew Land by Rusty Moyher, Shaun Inman & Matt Grimm, was the runner up in the Jam contest. The game is an evolving Metroidvanian puzzle double-game, where players would encounter a platforming world above and unlock new abilities in a top-down gene sorting game below. In Super Clew Land you control Clew, a lovable amorphous glob, that moves with theWASD keys and the Spacebar in his effort to uncover the secrets of the genome, a rich world full of peril and adventure. For this LD with the Death Death Evolution jam entry team RADMARS attempted to make a puzzle platformer where you have to die in order to progress. It was a bit ambitious for a 72 hour project but it seems they made a very good job which awarded them the 3rd position in Jam. Death Death Evolution features great graphics, great gameplay, Art and music are surprisingly. Performance is great also, much better than all other HTML entries making the game look like a perfectly finished project. Gameplay is what it sounds like, you die, you evolve, and you keep fighting. You use the arrow keys: move, X: jump, C & V reveals your gained abilities (you have to play to find out) and the down arrow lets you drop off wall. Death Death Evolution takes around 30-40 deaths minimum to beat all the levels.

We may had a look at the top rated entries but the truth is that everyone who gets involved in a Ludum Dare competition, from the event organizers, and game developers to players and those who rated the games, is the actual winner.

What impressed us the most, besides some very high quality games that were created in just 48 or 72 hours, is that more and more people get involved with the competition. The 21st competition had  599 entries, Ludum Dare 22 had 719, while Ludum Dare 23 highlighting the competition’s ten-year anniversary, broke all records and brought us more than 1400 games. Ludum Dare 24 was equally successful, and proved that the competition is and will definetely remain of high interest among these talented indie developers.

Those of you who want to take a closer look at the results can check the Top 50 entries into the main Ludum Dare competition here and the same for the Jam event here .