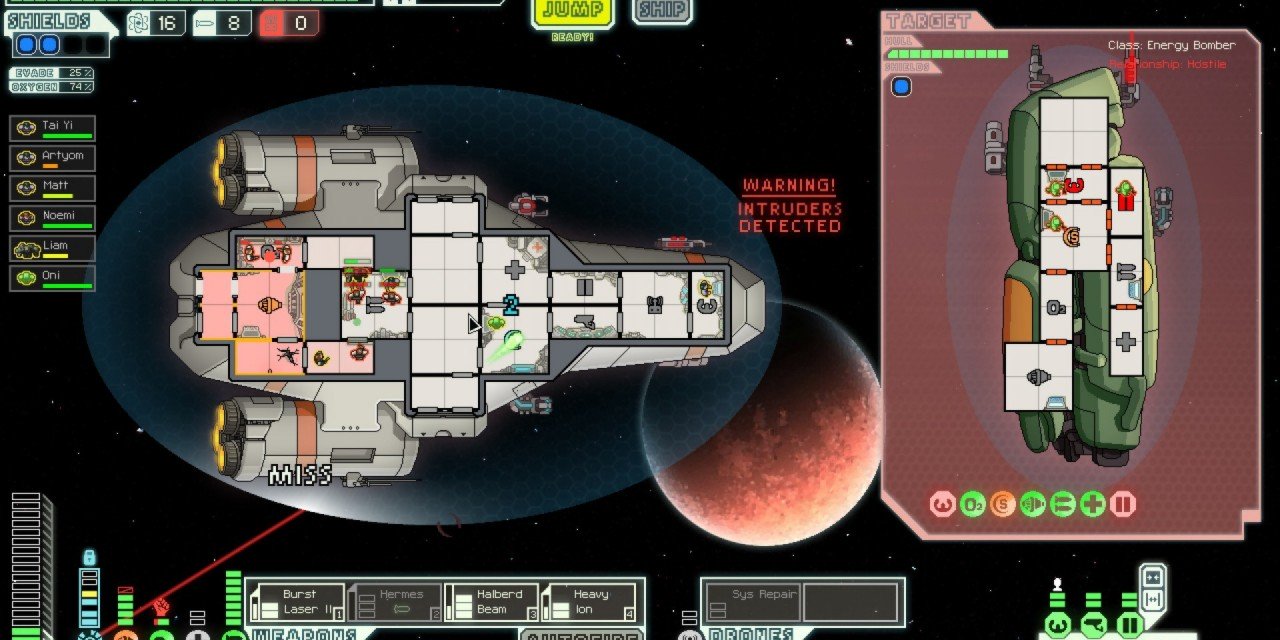 There is this defining moment in Star Trek episodes. Something flashes on the bridge. The camera shakes, and a console goes up in a puff of white smoke. A redshirt dives off to his doom, and sirens start blaring. The evil nemesis of the day is threatening the lives of our beloved crew. It’s the bit where the captain shows his mettle, and leads them to Victory.

This is the bit where Kirk gives them both barrels. Picard reminisces about sexing up the alien’s sister in his vineyard, and flashes back to a detail that reunites the two cultures peacefully. Sisko wishes he had engines. Janeway just looks sternly vulnerable until one of the men on the bridge does something about the whole mess. And you? What would you do? FTL lets you answer that question, a hundred bajillion times over.

FTL is a roguelike spaceship simulator that pits you in hostile combat against a variety of enemy ships and hazards, and tests your tactical abilities, stresses your judgement, and shatters your faith in divine intervention, or benevolent celestial beings. FTL’s universe is unforgiving and revels in springing horrible, nasty traps that make the Kobayashi Maru look like a terran driving license test.

Visually, FTL is spartan in all the right ways, showing just enough detail and style in each ship model and fire effect to be perfectly clear, all the while maintaining an 8 bit charm that will please those factions of the indie community that consider high colour screen modes anathema. Everything is well labelled and depicted, and particular care was given to interface design. Things are always easy to spot and find, and you’ll never have to try and figure out what that squiggly bit on the screen is. Weapons are well modelled and have a unique character of their own, so much so that you’ll find yourself recognising them, and counteracting their effects before they’ve even been fired. FTL is at its heart a ship combat simulation game. Each ship has several systems, which range from engines and weaponry to shields and internal camera systems. Each system is important in its own right, and the enemy will be trying to target and disable as many as possible, disrupting your ability to fire back, or taking down your life support. One hopes you’d be busy trying to do the same, or you’re not going to last long. Systems need to be powered in order to function, and optionally manned for performance bonuses. Keeping each bit ticking while you try to figure out your enemy’s weakness is key to surviving each encounter, and that’s before your hull gets breached and you have to rush to contain wildfire spreading through your ship, except that the one guy that knew how to repair best just died in a fire because you thought he was the fireproof species, but instead turned out to be the inflammable one. FTL is full of little moments like that. Each will make you curse the gods you didn’t know you remembered, and start over again. Combat is in real time, and you’re given direct control of your entire crew. Weapons recharge in their own time, and managing your men so that they both perform at their consoles and fight dangers such as boarders, fires and oxygen-depleting breaches is a lot of fun

On first boot, the game only offers one ship design and a fully human crew to man it. Each member of your crew will progressively improve at their assigned task, and eventually master it, offering bonuses to their station. Along your travels, you will discover the other five species on offer, and the dozen or so ship designs. The game’s back-story sees your vessel and crew engaged in a mad race to escape the rebel fleet, and you have limited time to clear each Sector. It’s a constant balancing act between checking out one more encounter, and risking getting caught in the avalanche of advanced Rebel fighters pursuing you. There isn’t much variety in encounters – you’ll have to either fight something, or annoy something until you can fight it. Occasionally, your equipment will unlock special actions that generally yield greater rewards than getting into a scrap. Your ship can be upgraded, and the shops dotted around the landscape will provide both repairs, and new equipment to try out. Here lies the game’s largest shortcoming. On Easy mode, you’ll get enough resources to experiment and power your ship up. On hard, you’ll be struggling to make it out of each encounter with your skin, and will have to constantly repair and refuel. No difficulty mode, however, changes the fact that you will never truly evolve. Each ship design comes armed with the strongest type of weapon it its class from the first moment, and while there indeed are a couple of different guns that you’ll come across in your travels, the basic designs come equipped for a gameplay style that there just isn’t enough variety in the game to change.

It would have been great to see, along with the roguelike trappings of permadeath and randomized encounters, some of the genre’s legendary variation in weapons and equipment. As a result, each playthrough always feels a little more restrictive than it should, considering the wealth of options available during combat. There is enough content, enough races and ships and weapons and tricks and tactics in Faster Than Light to outweigh pretty much every commercial ship simulator ever released, and that’s just under 10USD. It’s tremendous value for money, and we’ve had many unforgettable moments with the game, chuckling at the silly enemies who couldn’t see our attack coming, or helplessly watching our crew mauled to pieces in a last desperate Medbay stand against swarming Mantis, a manly lump in our throats as they play their pixelated deaths. FTL’s powerfully emergent nature means that you never know what you’ll face next, only that it’s going to teach you another painful way to die because you didn’t know that you could also do THAT with your weapons, you silly boy. As it stands, FTL is a masterful reconstruction of that captain-defining moment, and while it has plenty of room to grow, it’s spectacular at what it does. The game’s diamond-edged difficulty will punish every oversight, and make each mistake a grave one. However, you’ll go back to it over and over again, if nothing else to see if you can do that flame laser trick on other enemies, and watch them choke in cold, hard vacuum for a change. You can purchase FTL: Faster Than Light today from from Steam, GOG.com (a DRM free Windows version along with bonus content) and the FTL website ( a Windows, Mac OSX , and Linux version, all DRM-free, as well as a Steam key) for $9.99. 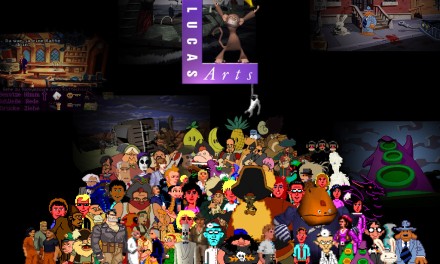 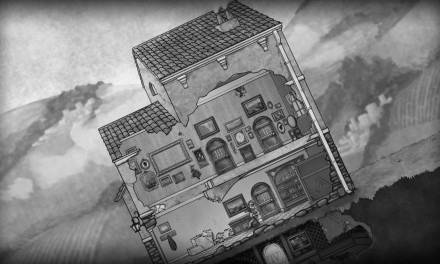