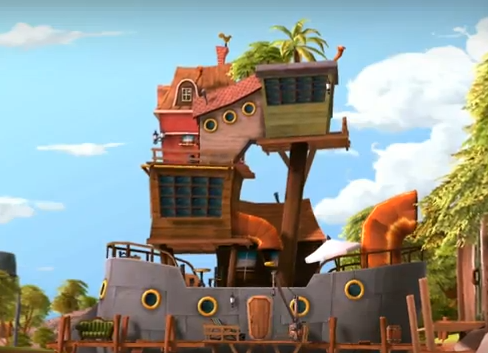 TopWare Interactive today announced it will publish developer Chasing Carrots’ Pressure, a new arcade racer which offers a mix of shooting and top-down racing in a colorful Steampunk setting.

In Pressure gamers take control of an upgradable buggy that runs on steam power to speed through the game’s cartoonish world, and race to stop the evil Earl who has drained the city’s lake in order to build his new Wellness Spa Temple. Playing from a classic top-down view gamers must defeat enemies, giant bosses, and avoid vile tire-busting traps, in the effort to return the valuable water to the citizens of the world. A keen eye, fast reflexes and laser concentration are a must in order to maneuver through Pressure’s high octane world.

Pressure is currently in development for the PC, PS3 and Xbox 360.