The Indie Royale game bundle which brings a great catch of indie games at a fraction of their original price have just announced that the Halloween Bundle , led by the full five-episode season of Telltale Games’ spooky ‘Sam & Max: The Devil’s Playhouse’ along with horror adventure, ‘Home’ the macabre first-person adventure game from Ice Pick Lodge, ‘Pathologic’; and lots more, is now live.

First up in the Halloween Bundle is the full season of graphically rich adventure video game from Telltale Games ‘Sam & Max: The Devil’s Playhouse. Play detective Sam, a six-foot dog, and his partner Max, a three-foot tall psychotic bunny, in the third season of the Sam & Max episodic series that offers hilarious dialogue and clever pop-culture references.

Also featured is Home, the chilling psychological side-scrolling 2D horror adventure game from Benjamin Rivers. Offering hours of gameplay, the ‘choose your own adventure’ game mechanic in ‘Home’ impacts the story every time you play the game and will leave you thirsting for another round to uncover additional mysteries. The top purchaser for this bundle will also get the sold out physical Old-School Collector’s Edition for ‘Home’ which includes a map, game manual and game-universe artifacts.

Next up is a creepy conceptual first-person adventure/action game that will chill you to the bone, Pathologic from Russian developer Ice-Pick Lodge. The game offers up a disturbing story and unforgiving survival mechanics that create intense gameplay layered with the primary mission of uncovering the cause of the mysterious disease.

Also included in this monstrous bundle is a comedy-puzzle-adventure about a werewolf, MacGuffin’s Curse from Brawsome. As Lucas MacGuffin (magician turned thief turned werewolf), you’ll embark on a journey through puzzles to clear your name and unbind yourself from the amulet that made you a werewolf in the first place while being chased by the police and a corrupt but powerful millionaire.

Last up in this spooky bundle is a retro action RPG where you get to play the villain from Chaosoft Games, EvilQuest. The game offers typical SNES-style action RPG elements which include buying supplies from the town and finding dungeons with a twist in that everyone knows you are evil.

Those who pay $8,00 during the Halloween Bundle will get a .FLAC/.MP3 album that offers a fascinating blend of progressive rock and chiptune music from C-jeff: ‘Preschtale’ (http://c-jeff.com/album/preschtale).

You can find more information on the Halloween Bundle, including real-time statistics and its current price, on its official website –http://www.indieroyale.com 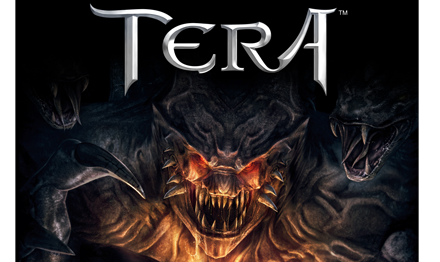