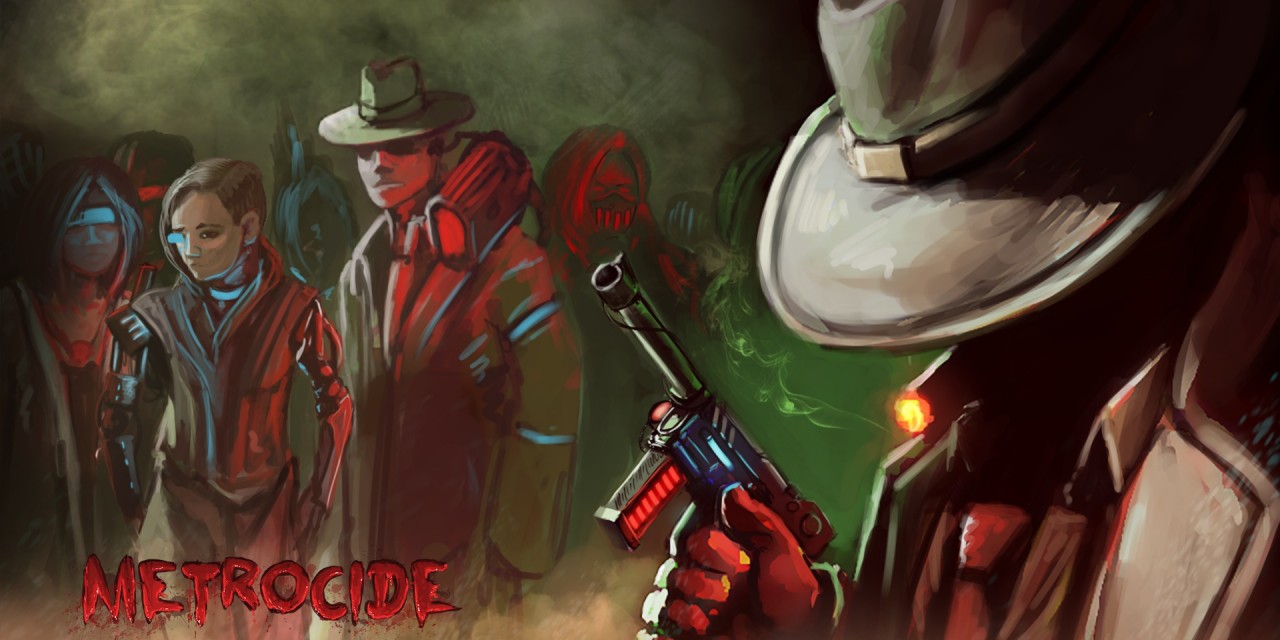 Metrocide, the arcade stealth-shooter where you play as a contract killer trying to buy their way out of a horrific dystopia, is Out Now on Early Access on Steam and various other digital stores. Flat Earth Games was founded in early 2012 by brothers Rohan and Leigh Harris, with a partnership with Epiphany Games to co-develop their first title: TownCraft, a game which combined crafting with city-building in a medieval setting, currently available for iOS and Mac. TownCraft went on to be a local success, and the brothers continue to create original games for various platforms which aim squarely at bringing their love of 90s gaming into modern titles.

Check out the second video walkthrough with developer commentary, showcasing Hilldale, the third and final zone with the most complicated kills.

The game asks simple tasks of you – complete kills to earn cash and hit your target amount to exit each district – but there’s a catch: once a body is found or a witness reports your heinous activities, the new cop drones which are called in to patrol the area can never be removed. Screw-ups can’t be undone. This, combined with permadeath, makes the world of Metrocide unforgiving and the gameplay only simple in principle – asking ever more caution of its hero as the stakes get exponentially higher.

Metrocide is available under Early Access now for Steam and other digital stores!