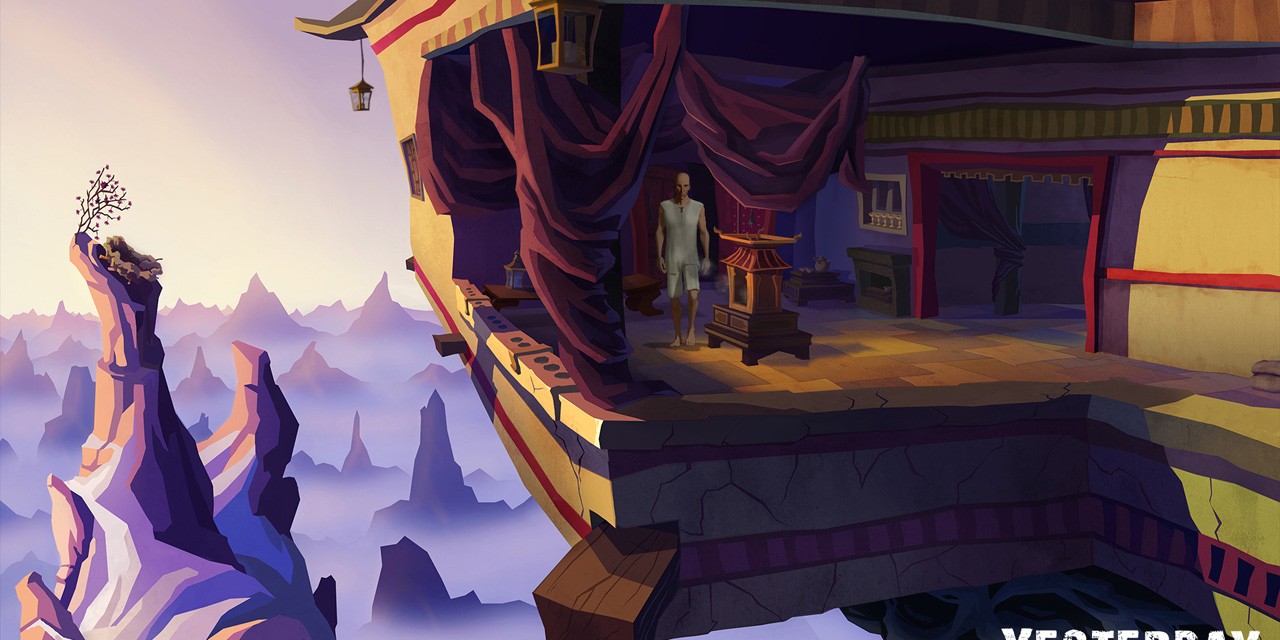 Yesterday, created by Spanish indie Studio Pendulo, the team behind the Runaway trilogy and The Next Big Thing is an original and dark thriller that although its shorter than someone would expect it repays the gamer with its solid puzzles and nice visuals.

Pendulo was created by Rafael Latiegui, Ramón Hernaez και Felipe Gomez Pinilla and their first game was Igor: Target Uiokahonia in 1994 followed by Hollywood Monsters in 1997. The studio made its breakthrough in 2001 with the exceptional Runaway: A Road Adventure which with zero promotion became a must for adventure gamers mostly because of its beautiful old school graphics, smart story and clever humor. Runaway gave us two sequels, Runaway 2: the dream of the turtle and Runaway 3: A Twist Of Fate. With a successful trilogy on their cannon, Pendulo kept a low profile and they begun work on The Next Big Thing, released last year, an adventure game with humor and characters that excels those found on Runaway. With Yesterday, released last month, the indie studio wanted to take a more serious approach to gaming. Yesterday is the way that we express our anger against all those who have led us to this economic and moral crisis. People live and die in the street because of bad economic decisions while we are all so comfortable living among lies that it takes either a fool or a hero to unveil it. It was also a personal decision. We have proven that we were good at making comedy but, could we repeat the trick in an adult thriller? One year later we can say: we have done it. In fact, the idea behind Yesterday dawned on us some 3 years ago, when we were developing Runaway: A Twist of Fate, but we needed time to understand how a thriller works, what we could bring to it, and how we needed to change the way we make games, said Josué Monchan writer of Pendulo Studios.

Yesterday is a very interesting step from Pendulo Studios, which shows that the developer is willing and able to move from its comfort zone and expand into games that deal with more mature and darker subject matters.