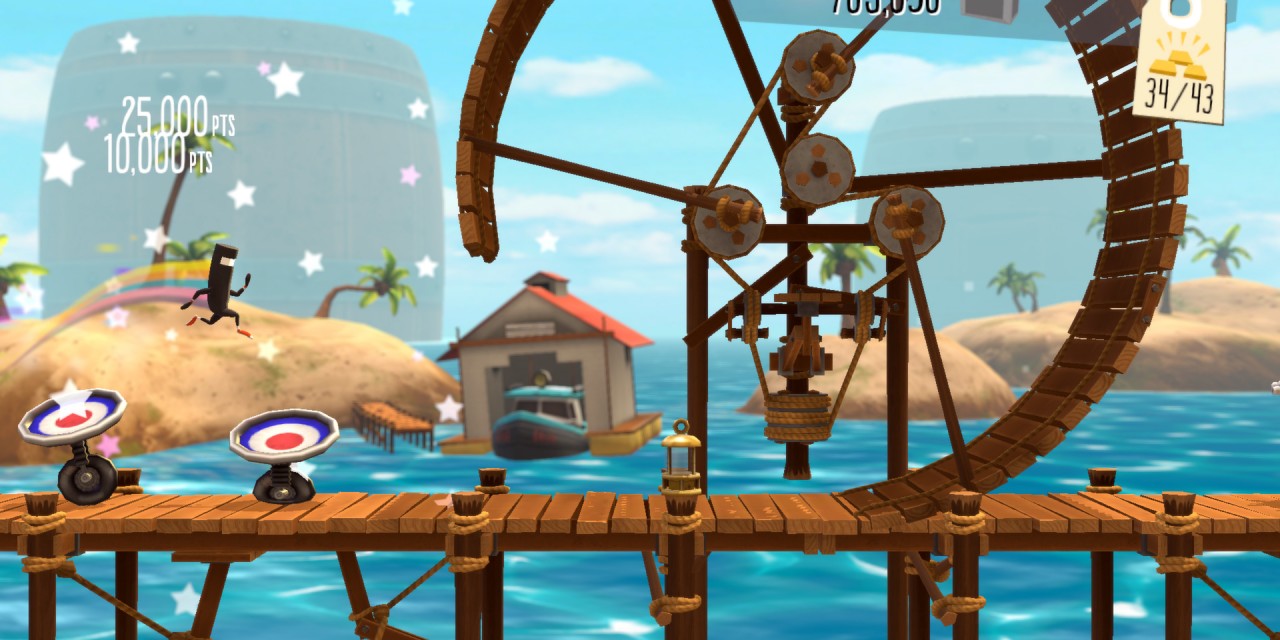 Lets take things from the beginning, in the game you control Commander Video who finds himself trapped in an alternative reality universe from which he must find his way back home and stop metal-faced antagonist, Timbletot, from destroying the world. It’s a funny little story but it only exists just to kickstart the campaign. In terms of gameplay Runner is a quite classic 2D rhythm platformer where the main character, Commander Video, runs through stages from left to right jumping and sliding due to reach the end. Compared to the first Bit.Trip series more manoeuvres has been added to this second chapter in order to expand the auto-running rhythm-based platformer restrictive genre. You now have a shield to use against giant bouncing pixels, you can slide and jump at the same time to pass through very tiny spaces, and the best of all you can now dance to earn more points. When you find yourself in the latest stages of the games all these new abilities must be combined in order to overcome obstacles. Every time you fail to avoid an obstacle you instantly restart either from the the beginning or a checkpoint found somewhere in the middle of the stage, so there is not enough room for thinking or hesitation, and almost always tempts you to give Commander Video the chance for one more try. The obstacles and enemies aren’t randomised though so you if you memorise their positions you will have better luck in your next effort. For the Bit.Trip experts the ability to choose the hard mode with no checkpoints should be regarded as a real treat. Runner 2 is divided into five themed worlds, each with fourteen regular levels and five bonus stages. Boss fights have been added that mix things up and require a lot of practice and split-second reactions, but the truth is that they don’t manage to make Runner 2 reach the difficulty heights found on its predecedors, making the game more friendly to newcomers.The bonus stages are unlocked after reaching a certain amount of gold, and retro ones. These are brutally hard and will require tons of retries before you complete them.

Bit.Trip Presents Runner 2: Future Legend of Rhythm Alien is an extremely impressive game that can easily be played by different types of players, although few will be able to unlock every single piece of bonus content. Sure, you’ll get annoyed in some cases and once Commander Video picks up speed, it’s a bit hard to focus on him, but, in the end, you’ll have quite a lot of fun guiding him in his journey. There are very few games that someone could recommend to anyone regardless of gaming experience or preference, and thankfully Runner 2 is one of them. You’ll find yourself many times saying , “ok, this is the final one” over and over again, only to realize that hours instead of a few minutes have passed. Runner 2 empties your mind and the only thing that leaves you thinking is how should you be able achieve the perfect synchronisation. We could write tones of pages describing how affective Bit.Trip Presents Runner 2: Future Legend of Rhythm Alien is, but thankfully there is a much shorter way, grab the game and play it! At around 10 Euros there won’t be many games released this year that offer better value for money. 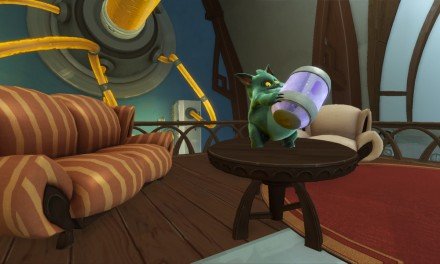